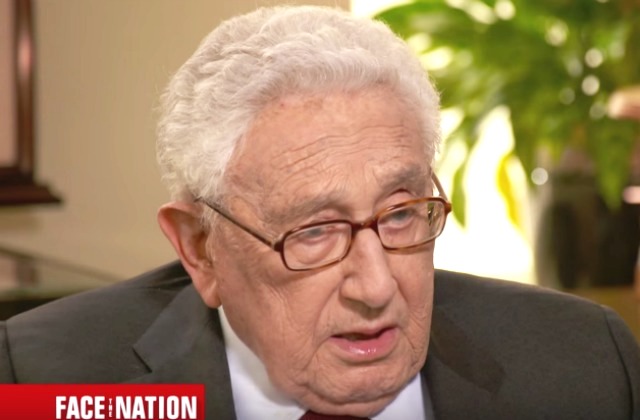 But this year, Henry Kissinger wrote Jared Kushner‘s and you may very well wonder how well they know each other.

This space has been traversed for nearly four months by Jared Kushner, whom I first met about 18 months ago, when he introduced himself after a foreign policy lecture I had given. We have sporadically ­exchanged views since. As part of the Trump family, Jared is familiar with the intangibles of the President. As a graduate of Harvard and NYU, he has a broad education; as a businessman, a knowledge of administration. All this should help him make a success of his daunting role flying close to the sun.

hilariously lukewarm writeup by Kissinger on Jared Kushner for the TIME 100 pic.twitter.com/mZyrMjIqGW

When your professor agrees to write you a reference letter even though you skipped all of his lectures https://t.co/5jWzNOo93G

I have met Jared Kushner, but it was recently.

The last sentence in Henry Kissinger’s piece about Jared Kushner for Time 100 is truly amazing pic.twitter.com/O9H91SKnsY

In which Henry Kissinger lauds Jared Kushner … I think pic.twitter.com/DRweiQLxu5

I met Jared one steamy night in Istanbul. He stared over the waters by the Bosphorus Bridge and whispered, “White lily.” https://t.co/wTxZcjN6XX

#ImetJared at daybreak by the Charles. His blazer was covered with drops of dew as if he had stood there all night @therickwilson

Honored that @TIME asked me to write the tribute to Jared Kushner for #Time100 pic.twitter.com/rEHsyiOZZZ

“We have sporadically ­exchanged views since” is the next “new phone who dis?” https://t.co/0nq7r1LeV0

if someone gave me this recommendation i would keep it off my resume and probably question our relationship https://t.co/ANtdHr4ISs