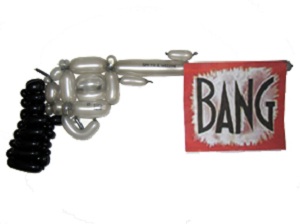 One of the great obstacles to sensible post-Newtown gun reform is the assumption that the NRA lobby is more capable of hurting candidates than voting against provisions like the assault weapons ban, but a new poll from Democratic-leaning Public Policy Polling shows that an NRA endorsement is much more likely to hurt a candidate than help one. When asked ïf they would be more or less likely to vote for a candidate supported by the National Rifle Association, 39% said they would be less likely, to just 26% who would be more likely.

There’s a huge partisan differential, but the news gets even worse for the NRA when it comes to independents. From Public Policy Polling:

Much has been made in recent weeks about the NRA’s political strength, but PPP’s newest national poll finds more voters consider their endorsement to be a negative than a positive. 39% say they would be less likely to vote for a candidate who had the NRA’s support to just 26% who say they’d be more likely to, with 32% saying it wouldn’t influence them one way or the other. Among independents 41% consider an NRA endorsement to be a turn off to 27% who say it’s a plus.

There needs to be more polling on this question in order to draw firm conclusions, and to track the trend, but this poll provides an early indicator that perhaps Newtown reversed the NRA’s political polarity, and lawmakers who toe Wayne LaPierre’s line, Republican or Democrat, may be taking a big gamble. That’s part of the reason people like Senate Majority Leader Harry Reid would rather not vote at all on things like the assault weapons ban, so they don’t have to find out.

If the White House is to be believed, though, there will be a vote, and they’ll all have to push in their chips. Based on this poll, I wouldn’t bet on the NRA.