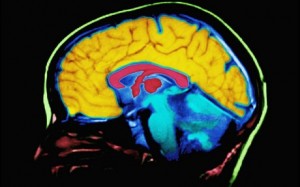 In a revelation that’s sure to make many liberals scratch their heads and say, “Wait, what? Conservatives have brains?”, a new study by Great Britain’s University College London has found that conservatives’ brains have larger fear centers, and smaller courage and optimism dealies. The study did not, however, address any correlation to cable news ratings.

Coming as it does, though, on the heels of the discovery of a liberal open-mindedness gene, it makes you wonder if this isn’t just science pettily trying to get back at conservatives for not believing in it. (h/t Crooks and Liars)

The study originates, interestingly enough, from the school that produced all of the members of the band Coldplay, and includes these findings:

If the study is confirmed, it could give us the first medical explanation for why conservatives tend to be more receptive to threats of terrorism, for example, than liberals. And it may help to explain why conservatives like to plan based on the worst-case scenario, while liberals tend towards rosier outlooks.

Great, now I can make a fortune at CPAC selling t-shirts that say “It’s not the size of the amygdala, it’s the motion of devotion,” or something like that.

(The study) was commissioned as a light-hearted experiment by actor Colin Firth as part of his turn guest editing BBC Radio’s Today program but has now developed into a serious effort to discover whether we are programmed with a particular political view.

…”I took this on as a fairly frivolous exercise: I just decided to find out what was biologically wrong with people who don’t agree with me and see what scientists had to say about it and they actually came up with something.”

Of course, even the scientists who conducted the study (which has yet to be peer-reviewed) admit that it’s not exactly a solid lock:

Professor Rees said that although it was not precise enough to be able to predict someone’s stance simply from a scan, there was “a strong correlation that reaches all our scientific tests of significance”.

While my fellow liberals will surely have some fun at conservatives’ expense, as have I, this kind of research runs counter to the basic human value of individuality. Unlocking the secrets of genetics and the human brain may reveal predispositions one way or the other, but they ignore the wondrous human capacity to adapt and overcome. What does science make of conservatives who turn liberal, like Arianna Huffington and Cenk Uygur, or vice versa, like Dennis Miller?

Besides, the mysteries of the human brain are endless, and this sense of superiority will only last until scientists isolate the immense “loving the sound of your own voice” centers in liberal brains, or the “appreciation of marijuana” gene in libertarians. Until then, though, look out! A spider!!