Patton Oswalt Is Taking a Much-Needed Break from Social Media 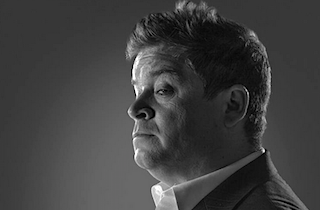 Comedian Patton Oswalt has a reputation for causing controversy with his Twitter account. Sometime it’s intentional. Other times, not so much. But from now, until the end of the summer, you’re going to be hearing a lot less from him on social media.

That’s because Oswalt announced this weekend that he’s taking a much-needed break from Twitter, Facebook and other platforms. In a long post on — where else? — Facebook, he explained how social media has started to dominate his everyday life in a destructive way and laid out his plan to keep (mostly) quiet from June 2 through September 2.

“I’ve gone down an internet/Twitter/Facebook rabbit hole and I need to engineer a summer spent in nothing but humid, skin-to-air reality for myself,” Oswalt wrote. “If I don’t, I feel like my psyche is going to suffer permanent slippage.”

He went on to detail the problems with his own internet behavior:

“I’ve become my own tyrant — Tweeting, and then responding to my own responses, and then fighting people who disagree with me. Constantly feeling like I have to have an instant take on things, instead of taking a breath, and getting as much information as I can about the world. Or simply listening to the people around me, and watching the world and picking up its hidden rhythms, which crouch underneath the micro and the macro. But I’ve lost sight of them.”

Oswalt won’t stop using social media to promote his stand-up shows and other projects here and there, but he will not be tweeting intentionally provocative tweets in an effort to get people to rage against him.

Likely echoing the inner-most feelings of many internet addicts, he wrote:

“I want to de-atrophy the muscles I once had. The ones I used to charge through books, sprint through films, amble pleasantly through a new music album or a human conversation. I’ve lost them — willingly, mind you. My fault. Got addicted to the empty endorphins of being online.

So I need to dry out, and remind myself of the deeper tides I used to be able to swim in — in pages, and celluloid, and sounds, and people.”

It may mean less click-bait for people like us, but if it means a rejuvenating return to sanity for one of the country’s most highly-respected comedians, then it’s certainly for the best.

See the full post below, which as of Monday has garnered nearly 13,000 likes: