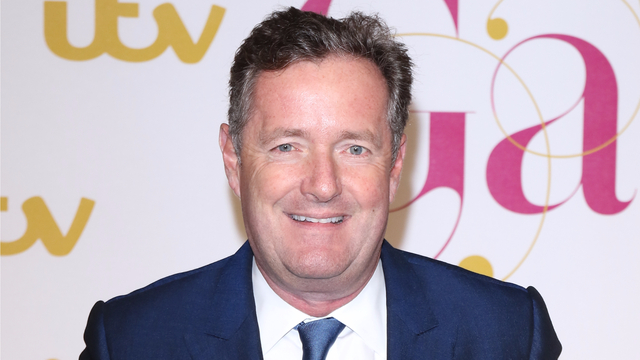 I’m a fan of the Kardashians.

Having said that, my fandom is limited to watching their show on Sunday nights when I’m around. I’ve never downloaded any of their apps, or shopped in the Kimoji store, and, full disclosure, I didn’t follow all of them on social media until recently. So, I keep up with the Kardashians, but it’s pretty moderate.

According to a 1300 word column Piers Morgan wrote for The Daily Mail today, he, unlike me, is no a fan of theirs. He begins his column by declaring just how done he is with Kim Kardashian and her whole family:

And her ghastly family.

I just can’t stomach the sight or thought of any of these talentless, publicity-crazed, unctuously self-absorbed, vacuous wastrels for a single moment longer.

Not Kim, not Kendall, not Kylie, not Kourtney, not Kris, not Caitlyn – not ANY of them.

This feeling of utter, skin-crawling anathema towards all things Kardashian and Jenner has been creeping up inside my intestines for a while but it crystallised itself today in a blazing eruption of irritation and contempt.

First, stop watching them on television. Morgan says that the thing that “tipped [him] over the edge” was Kim’s “pathetic” recent interview with Ellen DeGeneres. Instead of changing the channel, however, as one might do when he doesn’t like something, he seems to have watched the whole thing.

Second, don’t visit the Kimoji store if you find it so upsetting. Morgan writes, “The No 1 item, which is currently ‘SOLD OUT’, is her Ass Tray at $35. That’s a cartoon image of her large naked bottom inside an ashtray. Among other items for purchase is her Butt Pool Float at $98 that also features Kim’s naked bottom shaped like a swimming pool float.” If you don’t like it, you’re welcome to not visit the store, and I highly recommend that you do not purchase anything.

Third, maybe unfollow Kim Kardashian on Twitter. As of this morning, Morgan still follows her. That means he’s subject to seeing everything she Tweets out, in real time.

Last, he can stop talking about them. When he interviewed the Dalai Lama back in September, he couldn’t resist asking him about Kim Kardashian and her Twitter followers. This week, Morgan spent time on Good Morning Britain discussing, of all things, her cellulite. Then, he got into a pretty lengthy Twitter war with Marie Claire over that same cellulite.

For someone who doesn’t want to know about everything the Kardashians are up to, he sure does spend a lot of time focused on them. The good news for him is, he’s allowed to stop.