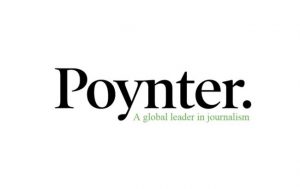 Are you subscribed to the Poynter Insitute’s morning newsletter? If you are, you already saw the jarring subject line that landed in your inbox, but if you’re not, we’ll spoil it for you:

That is certainly a harder tack to take than, say, the gentle-but-firm calls from CNN’s Brian Stelter to triple check news sources before sharing anything. If anything, that attitude is what was under attack in the newsletter. Urging people to check their sources implies a belief that they are smart enough to do that; Jim Warren isn’t so sure and takes that on directly.

In the newsletter, shared in the newsletter that news organizations have spent a long time fretting over how Facebook allows fake news to spread and wondering why it’s being written, but the real issue is “the stupidity of a growing number of Americans.” For all the time mainstream outlets spend writing about the anger of middle America and how it propelled Donald Trump into the presidency, the letter says, there have been no segments or pieces to address illiteracy and incomprehension.

The newsletter links to this Bill Moyers piece by Neal Gabler, if you’re interested in reading more about how the true blame for the rise of fake news — and everything that has gone along with it — is at the feet of the people who read and share it.

Here is one last quote from the newsletter:

Think of it. The goofy stories, the lies, the conspiracy theories that now routinely gain credibility among millions who can’t be bothered to read a newspaper or decent digital site and can’t differentiate between Breitbart and The New York Times.