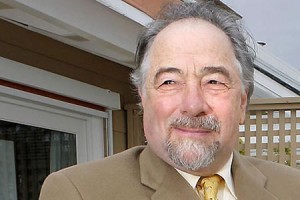 Conservative radio host Michael Savage is so convinced that Newt Gingrich cannot beat President Obama that he has offered the former Speaker of the House $1 million dollars to drop out of the race. “The Republican presidential field has come down to two candidates who have a real chance of getting the nomination: Newt Gingrich and Mitt Romney. While it’s true that Romney is not as strong a conservative as many would like him to be, the most pressing issue before America today is defeating Barack Obama, and that is something Newt Gingrich cannot do,” Savage posted on his website today. “For weeks on my show, I have enumerated the reasons why Gingrich cannot succeed in an election against Obama.”

RELATED: Joe Scarborough: Gingrich Is A ‘Danger To America’ Who Would Destroy The GOP

“Newt Gingrich is unelectable,” Savage continued in his screed. “Mitt Romney is the only candidiate with a chance of defeating Barack Obama…therefore, I am offering Newt Gingrich $1 million dollars to drop out of the presidential race for the sake of the nation.”

Savage added that Gingrich “will come off badly compared to Obama” in the debates and he would “look like nothing more than what he is: a fat, old, white man. If Newt Gingrich really loves this country as much as he says he does, if he really wants what is best for America, he will set his ego aside, call me, and accept my offer. His continued candidacy spells nothing but ruin for conservatives, Republicans and all true American patriots. One million dollars in exchange for preserving the nation, Newt. I say take the money and don’t run.”

Update: The National Review‘s Jonah Goldberg is not a fan of Savage’s proposal: