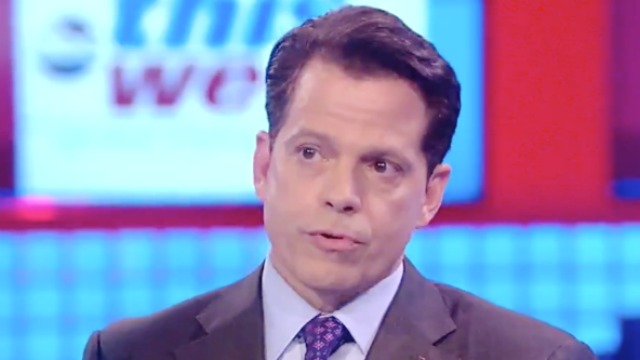 Hours after the show went off the air, Scaramucci decided to take to Twitter to toss out a middle-schoolish slam of his talk show opponent.

Frum and Dumb rhyme for a reason. @davidfrum For all of his attacks on @potus it turns out he is just an angry liar. Doesn’t check facts.

Yep, you read that right. He went with “Frum and Dumb rhyme” to totally own the Atlantic editor. Frum would respond in the morning as pretty much any adult would to a late-night tweet like this.

A grown man tweeted this? https://t.co/6SZzhjj6xC

Meanwhile, Mooch tried to get Frum again this morning, tweeting out the following:

Ok . @davidfrum is a liar and an unstable nongenius. Tell lies on TV to create a “gotcha” moment comes across as an uncouth angry bufoon. https://t.co/v3MRV3H0DR