Sean and Brodie Copeland: What We Know About the Two Americans Killed in Nice 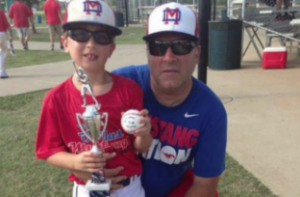 An American father and son were enjoying a vacation through Europe this week, but last night, their lives were cut tragically short by the monstrous attack on the French city of Nice.

Sean Copeland and his son Brodie are from Austin, TX, and they arrived with their family at the French Riviera after several days in Barcelona, Spain. The two of them went into town to celebrate Bastille Day at Promenade des Anglais, and they are now confirmed to be among those who died after an armed truck driver drove into a crowd of French revelers.

“We are heartbroken and in shock over the loss of Brodie Copeland, an amazing son and brother who lit up our lives, and Sean Copeland, a wonderful husband and father,” the statement read. “They are so loved.”

Sean Copeland, 51, was the vice president of Lexmark Corporation, and he oversaw their Kapow Software Division in North and South America. Brodie, 11, was a fan of Little-League Baseball, and his local team has turned their Facebook page into an online memorial to him and his father.

More than 80 others were killed, and scores of others were injured as a result of the horrific attack.