Senator Pushes for Woman’s Face on the $20 Bill 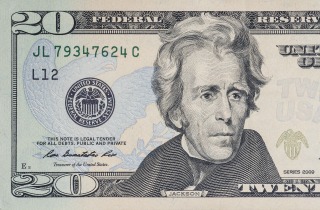 Sen. Jeanne Shaheen (D-NH) filed legislation this week that would make it more likely than ever before that a woman’s face would be on a $20 bill — which, of course, is currently occupied by the 7th President of the United States, Andrew Jackson.

The Women on the Twenty Act would, according to the Associated Press, set up a committee of citizens tasked with recommending a choice to the treasury secretary. A similar effort has been underway by Women on 20s, a group lobbying for new $20 bills by the year 2020 — the 100th anniversary of the ratification of the 19th Amendment, which first gave women the right to vote.

“I think there are a lot of opportunities that we sometimes don’t think about to point out the significant contributions women have made in U.S. history,” Shaheen said, per the AP. “And this is one of those opportunities.”

“We are not under any illusions that the person who comes out of our polling will be the person who ends up on a bill because there is a process and that process usually involves empaneling a group of experts to make certain design choices,” said Susan Ades Stone, the executive director of Women on 20s.

The $20 bill is overdue for a redesign — which is supposed to occur every ten years to prevent counterfeiting — so Shaheen says the cost of replacing Jackson with a woman would be insignificant.

“It’s long overdue for that reflection to include the contributions of women,” Shaheen said in a statement on her website. “The incredible grassroots support for this idea shows that there’s strong support for a woman to be the new face of the twenty dollar bill.”

When asked by Mediaite whether the goal to put a woman on the $20 bill has anything to do with the fact that Jackson’s face is currently displayed on it, Shaheen’s spokesman Vivek Kembaiyan said the main objective in choosing the double-sawbuck was to take the “opportunity to make a bigger impact,” given that it is more widely used than the $50 or $100 bill.