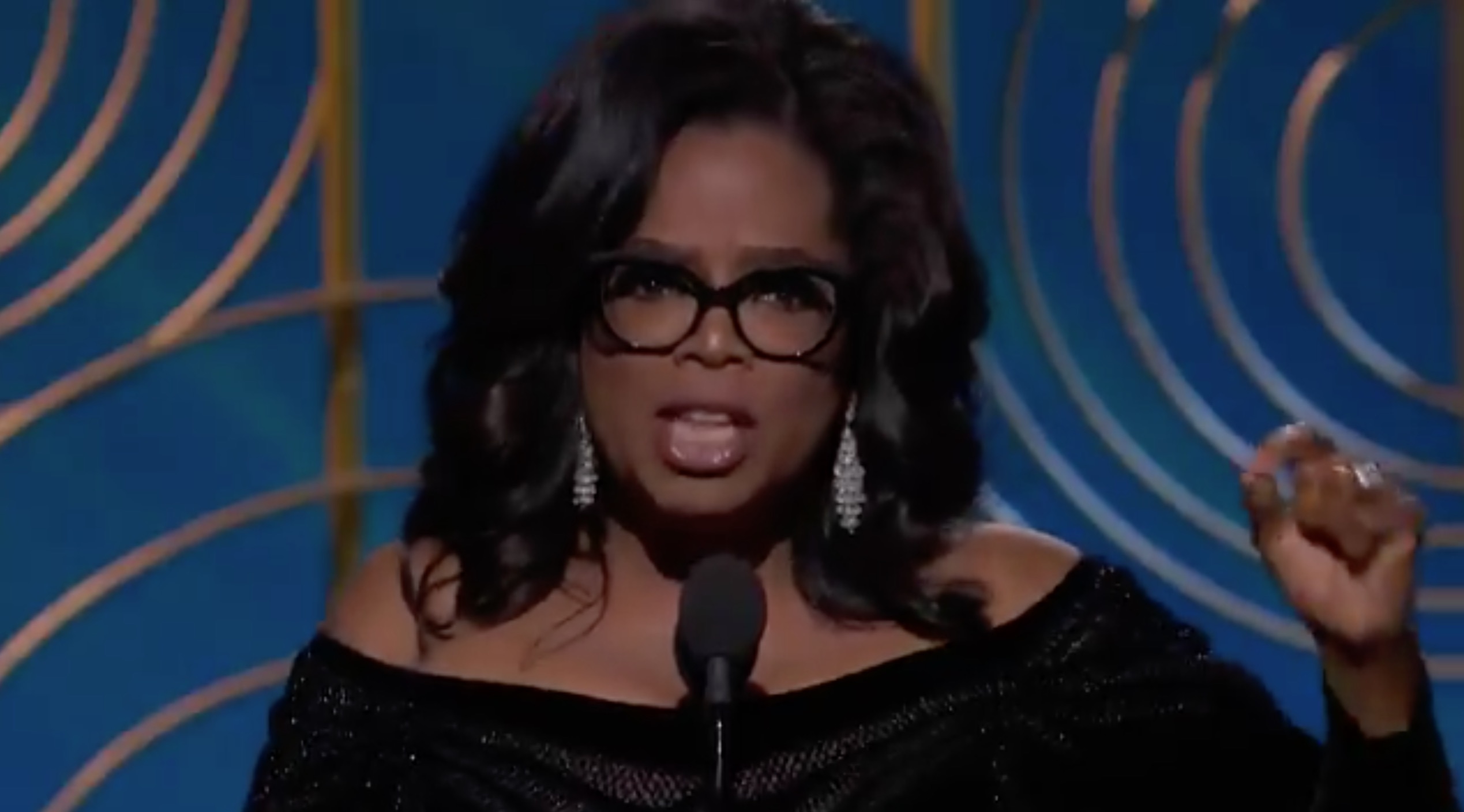 Oprah Winfrey, accepting the Cecil B. de Mille Award “for outstanding contributions to the world of entertainment” at the Golden Globes, delivered a powerful speech rejecting harassment that brought the room to tears and sounded awfully…presidential.

Oprah is often teased for her supposed presidential ambitions, and has returned the favor on more than one occasion — she even recently responded to a John Podhoretz article calling her Democrat’s best hope for 2020 thanking the columnist for his “VOTE of confidence!”

So in light of her electrifying speech at the Golden Globes, Twitter was all abuzz about the potential of Oprah 2020.

In the time it took Trump to fix a tweet he screwed up, Oprah locked up all the Dem superdelegates. https://t.co/zRyeEINGQC

OPRAH FOR EVERYTHING. #goldenglobes

Our president is giving her state of the union.

Some have even began speculating on running mates:

And she’s even locking down swing voters:

My husband voted for George HW Bush (once) and George W Bush (twice) and just said, “I’d vote for #Oprah for President.” #goldenglobes

Of course, you can’t run as a Democrat without a coveted endorsement from Obama campaign strategist David Axelrod:

.@Oprah is a force of nature.

And if that weren’t enough to get the speculative juices running, NBC sent out a tweet BEFORE Oprah’s speech:

Nothing but respect for OUR future president. #GoldenGlobes pic.twitter.com/h4hkjewu0K