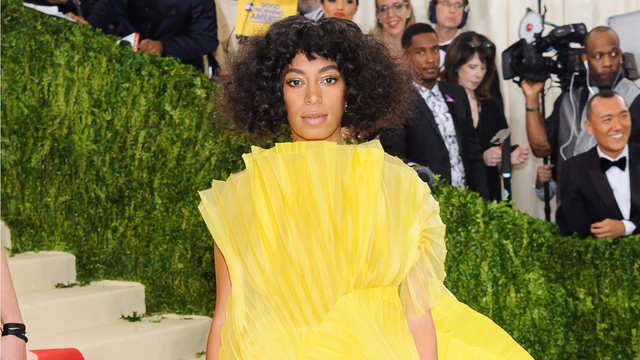 Lots of people felt that Beyoncé was snubbed last night in the major categories at the Grammy Awards. Adele took home each of the night’s top honors, winning the Grammy for Album of the Year, Record of the Year, and Song of the Year. Even Adele kind of agreed that the final award of the night should have gone to Queen Bey.

Beyoncé’s sister Solange, who won a Grammy herself last night, took to Twitter and threw some serious shade at the organization:

Frank Ocean, who didn’t submit his album Blonde for consideration this year, wrote a post on Tumblr on February 11th explaining his decision not to attend and criticizing the awards show. “I actually wanted to participate in honoring Prince on the show but then I figured my best tribute to that man’s legacy would be to continue to be myself out here and to be successful,” he wrote.”Winning a TV award doesn’t christen me successful… Blonde sold a million pieces without a label, that’s successful. I am young, black, gifted and independent.. That’s my tribute.”

He continued, saying “I’ve actually been tuning into CBS around this time of year for a while to see who gets the top honor and you know what’s really not ‘great TV’ guys? 1989 getting album of the year over To Pimp a Butterfly. Hands down one of the most ‘faulty’ TV moments I’ve seen.”

Ocean concluded by saying, “If you’re up for a discussion about the cultural bias and general nerve damage the show you produce suffers from then I’m all for it. Have a good night.”