If You Want $1000, Offer This NH Republican Proof of Voter Fraud by Bus 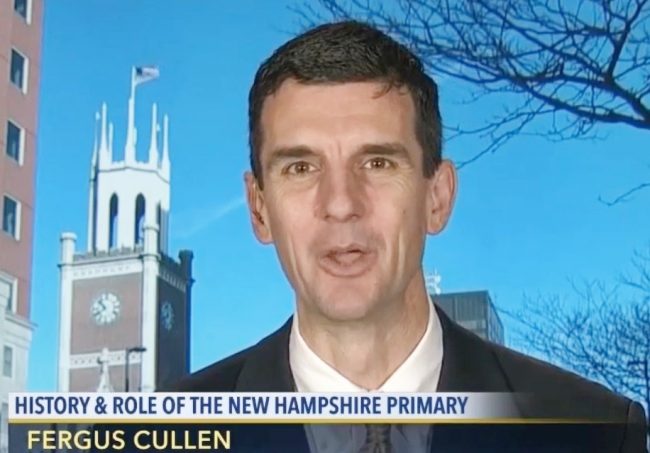 Fergus Cullen is the former chairman of the New Hampshire GOP and, like plenty of other local prominent political figures, he has an issue with some of what Donald Trump has said since becoming president.

Yesterday, Stephen Miller doubled down on the Trump administration’s claims that there was widespread voter fraud during the 2016 presidential election, claiming that “anyone who’s worked in New Hampshire politics” knows that people were bused in from other states to vote.

Cullen has certainly worked in New Hampshire politics, but he’s not familiar with the alleged voter fraud, which is why he asked his Twitter followers for some help a few days ago.

Call bus cos. Ask to rent buses to take 500ppl 20miles from LowellMA to NashuaNH. Bet you can’t find 1 co that can do it #mapoli #nhpolitics

Anyone claiming buses bring 100s from out-of-state to NH to vote has never tried to rent several buses. Go ahead, call around #nhpolitics

He went on to post a few jokes, in spite of how serious the allegations are:

The proof I’ve been asking for: Wonder Woman giving out-of-staters rides to the polls in her invisible jet #nhpolitics pic.twitter.com/rDV5dHzWTD

Proof: Kiss rode this bus to the polls in North Hampton, blended in with other voters, and cast ballots #nhpolitics pic.twitter.com/rZI3paGb1z

If you plan to provide him with proof and claim the prize of $1000, do be careful. Remember that sometimes, a bus is just a bus, not anything nefarious.