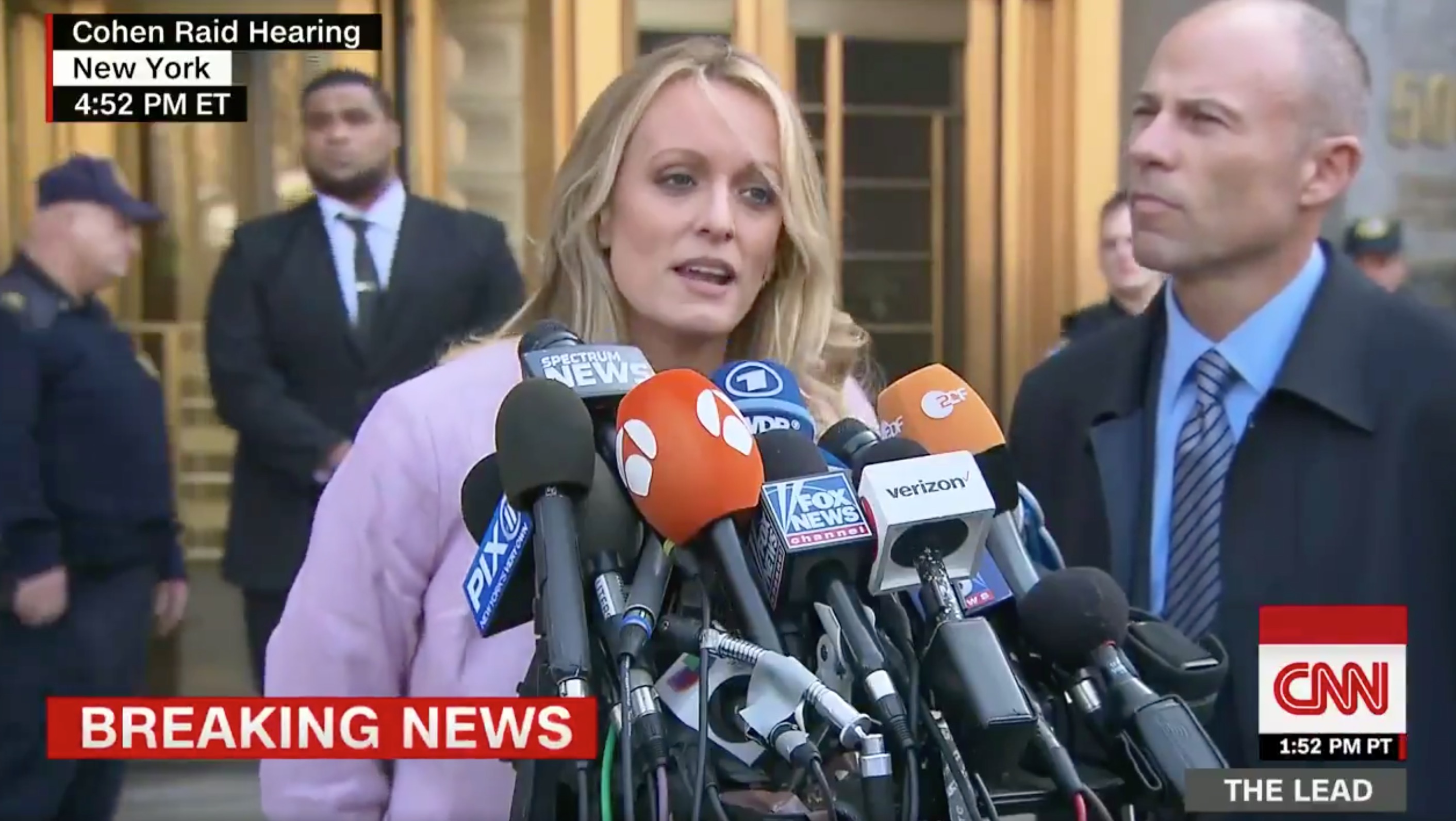 On Thursday, Stormy Daniels tweeted about an incident with a member of the paparazzi about which she was clearly not happy, and the very NSFW tweet immediately rocketed across social media.

It got a lot more “Likes” than it did Retweets… for obvious reasons.

Again, this is Not Safe For Work.

A very aggressive piece of shit paparazzi shoved his camera up my skirt. I bet my pussy will be front page on UK tabloids tomorrow. Joke is on him though because everyone has already seen my vag. I’m glad I shaved today though. LOL

Another acronym that probably applies here is TMI.