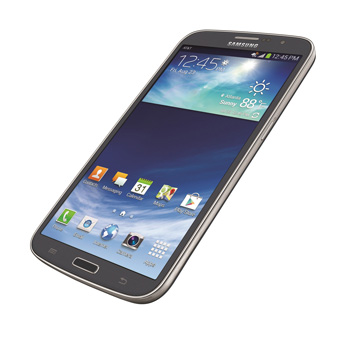 These numbers can make or break a television career for producers, anchors and executives alike:

They are analyzed daily in the same meticulous way a crime scene is by Dexter Morgan, particularly when the numbers are poor:

How did this happen? Who is responsible? What can we do to make sure this doesn’t happen again?

Despite the dependency, the ratings system has been under fire lately for not counting those who may be watching Greta or Anderson or Rachel on a device that isn’t a TV. And we’re not even talking about those who may be watching individual clips of a show after the fact on sites like Mediaite, YouTube, FoxNews.com, CNN.com or MSNBC.com. But let’s not get ahead of ourselves just yet…Nielsen–although not perfect–is the closest thing to accuracy advertisers and networks have when buying and selling commercial time.

If its new phone is any indication, Samsung appears to see the future of consumption. The company announced its new Galaxy Mega on Monday, with a screen that measures 6.3 inches diagonally. To put this size into context, Apple’s iPad Mini has a 7-inch screen, while the iPhone 5 is just four inches (my 4s is even smaller). The difference, of course, is the Mega can actually make phone calls (note: For the young people out there, a “phone call” is when one speaks to someone instead of typing a series of acronyms as a means of communication). The real goal here, of course, is to allow Mega owners to watch movies, news, TV shows, read, and/or play games on a screen that makes the experience easier on the eyes, particularly on when it comes to the first two items listed.

The following isn’t exactly a scientific find on my part, but in speaking to various nieces and nephews and their friends (ages 15-20), they all consider me a dinosaur for owning an iPhone (and I thought I was so cool after finally relinquishing my type-friendly Blackberry last year). In short, those born after 1993 love their Samsungs; an iPhone is to them what a disposable camera is to anyone over 30 (see: soooo very antiquated).

The irony is thick around the Samsung’s strategy: For years, the goal was always to make technology smaller, more nimble. The thought process was simple…the smaller the device, the easier to carry. But for people like me, the smaller the device, the easier it is to lose in the backseat of a cab (which may or may not have happened less than 18 times) or in the cushions of a couch. And with offerings like video chat and television programming of all kinds (particularly sports programming, where the urgency to see it live is more apparent) becoming more and more common on phones themselves, the big-to-small trend has done a complete 180.

The big question now is: Where is that perfect go-between between agile and enormous? Has Samsung found it with the Mega?

The aforementioned stand-alone camera business has basically gone kaput; all thanks to smartphones not only taking great photos, but allowing the ability to instantly (and somewhat irritatingly) share all of those priceless moments on social media as well.

Are we headed to a wireless world where running hard cable wires from a telephone pole into a home or an apartment appears as backwards as renting a movie at Blockbuster does to us now?

People laugh when they see this iconic shot of Gordon Gekko using a massive cell phone in front of his Hamptons mansion back in 1987. How could people even walk and talk while holding something so cumbersome?

If Samsung is guessing right–and they’ve been doing a lot of that lately–size may really be the only thing that matters.