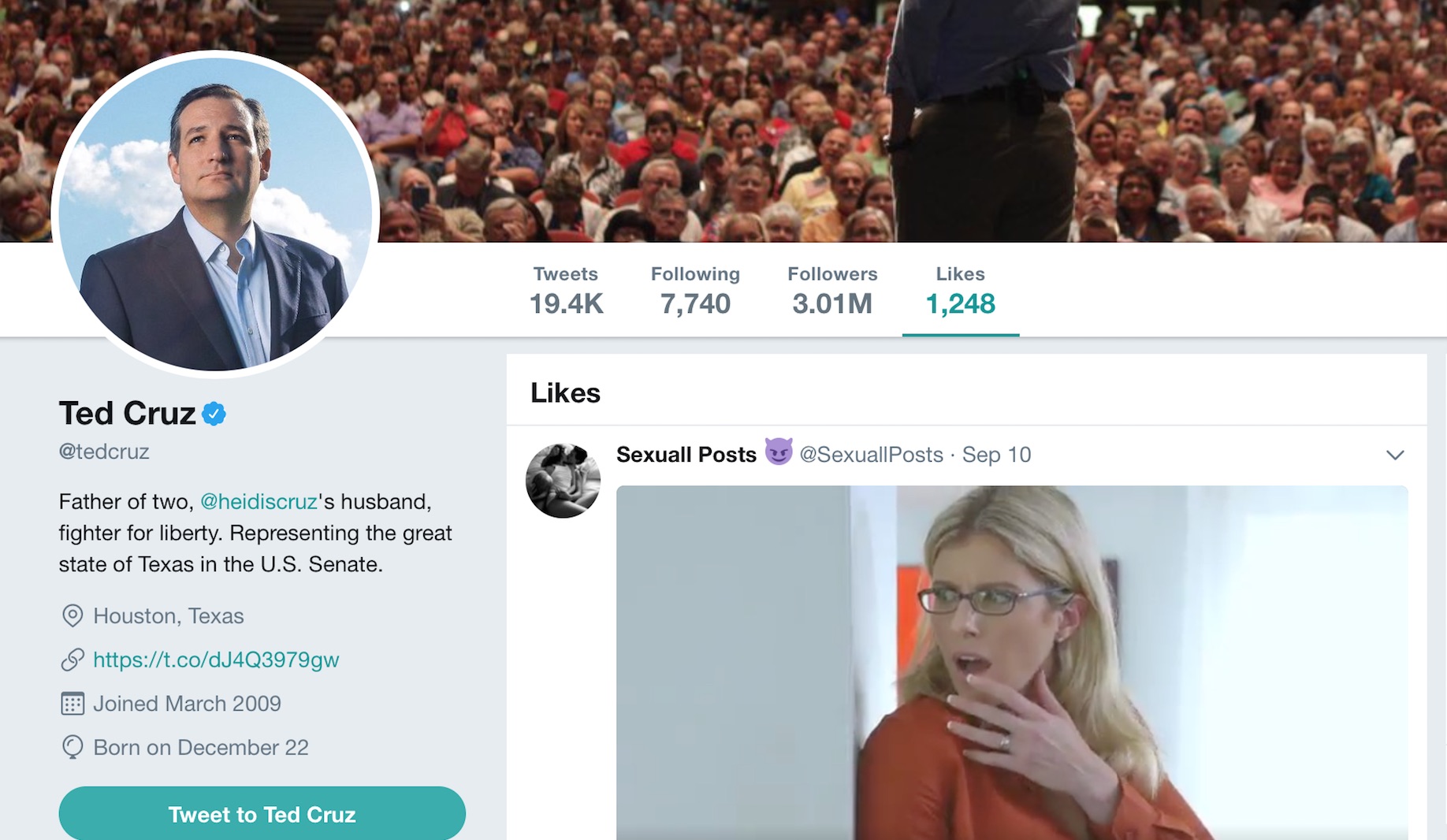 Huffington Post contributing writer Yashar Ali was one of the first to notice.

And let’s just say Twitter had a field day.

When you see why Ted Cruz is trending… ??? pic.twitter.com/7wb6FtRTp1

Ted Cruz will say he got hacked, but… pic.twitter.com/VL3nAKOTc2

So this is what happens when I go on vacation. Ted Cruz likes a tweet from Sexuall Posts. pic.twitter.com/4SGbiwrUXY

Now imagine Ted Cruz is doing this four feet below you in the bottom bunk bed.

Yes, my misery very much appreciates your company.

Boy will he be pleased when he finds out why!

Me waiting for Ted Cruz to respond to this drama pic.twitter.com/Iy4BBHpyY6

This is the night that Ted Cruz became president.

Ted Cruz, I get it, hoss, but I'm pretty sure you don't want to be 'liking' that. Your finger brush it? Or you call that 'Bible-thumpin'? pic.twitter.com/GfK6GrYgWy

It's truly inspiring to see Twitter put aside our petty differences, turn in unison and laugh at Ted Cruz.

The “like” was “unliked” after it was on display for roughly an hour.