Ted Nugent: People On Welfare Shouldn’t Be Allowed To Vote 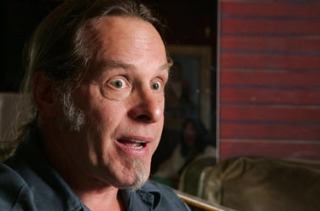 According to Ted Nugent‘s recent op-ed in The Washington Post, not only did the U.S. “sail” off the fiscal cliff long ago, but it’s “insanity” that we allow people on welfare to vote. Nugent’s lengthy piece tackles everything from the national debt to voter fraud and in it, he slams both “duplicitous bureaucrats” and federal agencies, alike.

He begins by creating a new word, “Fedzillacrat,” to describe Democrats who want to raise taxes:

“Only a Fedzillacrat could possibly think raising taxes on the wealthy could accomplish anything toward restoring sanity in the financial insane asylum known as our federal government. Let’s be honest; we are not close to going over the ‘fiscal cliff.’ We drove off that cliff a long time ago. We can only hope the crash doesn’t demolish the republic.”

He also claims he doesn’t think American has a spending problem, but rather, has “a federal government problem.” He recommends “a wholesale, top-to-bottom assessment of the federal government,” which would “slash and burn all Fedzilla departments, agencies and offices that are not constitutionally required or deemed vital.” According to Nugent, this would include the “slaughter” of “the three sacred entitlement cows” Social Security, Medicare and Medicaid. Nugent believes that Americans themselves created the “beast” known as “Fedzilla” and now, “it’s killing us.”

Nugent goes on to slam the system for allowing those on welfare to vote and says that he supports implementing voter ID laws to “get our voting system straightened out”:

He ultimately implies that he doesn’t believe traditional Republican solutions to governmental problems have been working and wonders when the party will figure it out:

“It shouldn’t take a Motown guitar slayer to come up with these common-sense bargaining chips before taxes are raised on the producers, which will further choke the economy. How about it, GOP?”