The Blaze Gets Its Own TV Show

The Blaze Gets Its Own Series On Glenn Beck’s GBTV 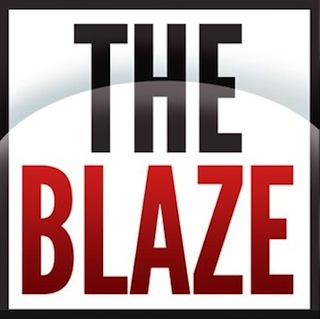 GBTV, the online venture of Glenn Beck, has announced another new series. The network has formed a partnership with Beck-owned news site The Blaze (something tells me it wasn’t too hard to swing that) for an upcoming hour-long news show titled Real News From The Blaze.

The Blaze, which predates GBTV by a little more than a year, has been a part of the network from the beginning with correspondent Amy Holmes providing regular news updates of the sites’ big stories on Beck’s nightly show in the title of The Blaze News Anchor.

The new show, which will air nightly, will premiere on January 18th, the same night as GBTV’s new reality series, the ridiculous/ridiculously awesome looking Independence, USA.

Man, now we just have to hope someone spills wine on Dan Abrams so that he quits ABC, moves to Texas, and gives us here at Mediaite our own show!

…actually, forget that. You guys really don’t want to see what we look like. We’re hideous.

(New York, NY January 9th 2012) GBTV, Glenn Beck’s live streaming video network, announced today that it is launching Real News From The Blaze, a one hour news show dedicated to focusing on stories that the mainstream media misses and are of interest and importance to GBTV’s subscribers. Real News From The Blaze debuts at 7pm est on January 18th, GBTV’s Premiere Night which also features the launch of Independence USA, the network’s first reality show.

GBTV is partnering with The Blaze, Mercury Radio Arts’ news and information network, to provide the news, reporting and analysis for the program. The show will feature among others The Blaze.com’s Editor in Chief Scott Baker, Amy Holmes, SE Cupp, Will Cain, and Buck Sexton, with the full support of The Blaze’s entire editorial team. TheBlaze.com received over 6 million unique visitors per month in December 2011.

Joel Cheatwood, President of Programming at GBTV said: “While GBTV is and will remain an information and entertainment network, we saw a real opportunity to provide the news that our audience is looking for and is too often ignored by the mainstream media. We are passionate about offering our audience a deeply reported and engaging look at the news and are excited to be able to draw on the incredible editorial resources at The Blaze.”

Scott Baker, EIC of The Blaze said: “The Blaze audience knows we mean it when we say The Truth Has No Agenda. Our goal is to pursue truth and see where that takes us. To have an hour each night to make sense of the day’s news is going to be a tremendous opportunity. That it comes during a pivotal election year bring us an even greater responsibility to be rigorous and relentless.”

Each and every day there’s a whole world of news and information that goes unreported, ignored by the mainstream media. Stories, issues, and events that impact the daily lives of Americans young and old ignored, purposely discarded, or “reported” without the benefit of the full perspective or context. News = Truth…and the truth has no agenda. Real News from The Blaze will play no favorites. The good, the bad, and the downright ugly will be presented unvarnished and complete without a nod to the left or the right. News and analysis from the worlds of politics, national security, the economy, foreign policy, and whatever else impacts our lives. Virginia Leahy, who helped develop and launch three primetime shows on HLN, will serve as executive producer.

Since its launch, GBTV has already added a wide range of original programming including the reality show Independence USA, the kid’s show Liberty Tree House and the comedy news show The B.S. of A. GBTV also recently announced a deal with Icebox, the innovative animation production company to jointly develop an animated comedy series. GBTV features Glenn’s two-hour show, which is airs live weekdays from 5 to 7PM ET and is broadcast from Dallas, Texas.
About Mercury Radio Arts

Founded in 2002, Mercury has a full time staff of over 100 employees and is headquartered in New York, NY with radio and television facilities in Dallas, Texas.