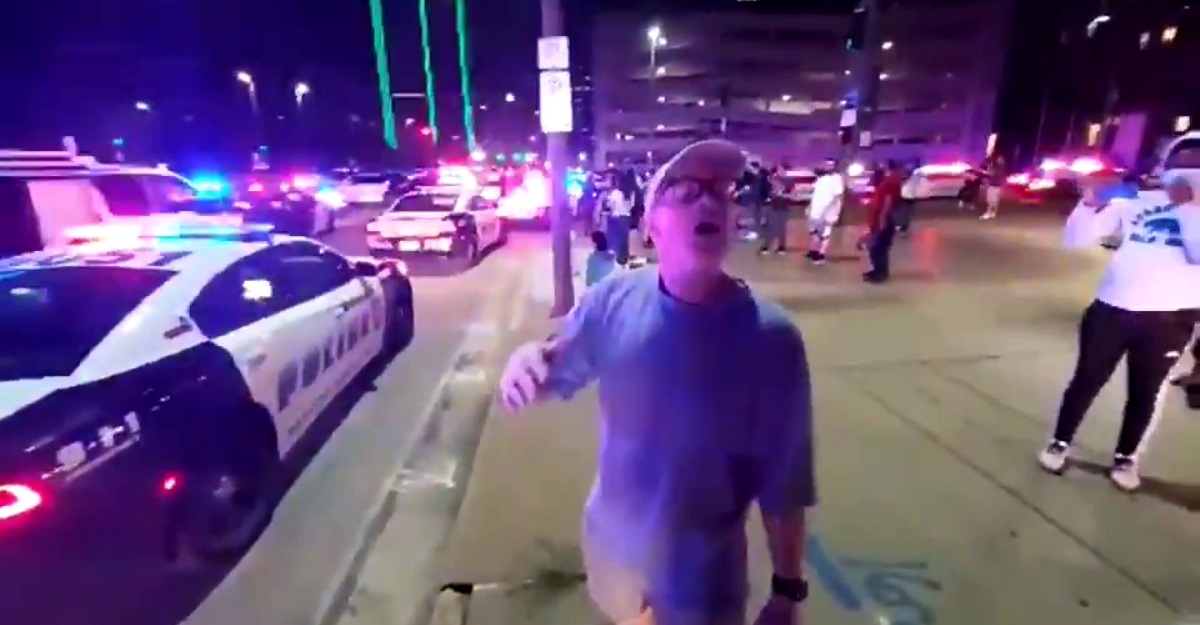 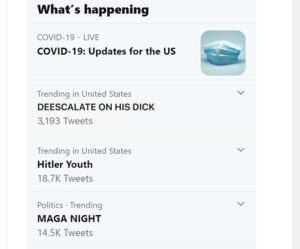 Twitter users noted an odd pair of popular topics late Friday, as the phrases “Hitler Youth” and “De-escalate on His Dick” were top trending topics overnight because of viral videos related to the unrest over the police killing of George Floyd.

The “Hitler Youth” phrase trended after a TikTok video purporting to be from Atlanta showed children dressed in camouflage gear and holding firearms was posted on Twitter by Chicago Ald. Carlos Ramirez-Rosa, and went viral.

It appears the state of Georgia, or someone with access to uniforms and guns, has deployed child soldiers to confront protestors in Atlanta.

This is child abuse.

Whoever is responsible must be held to account. pic.twitter.com/bpTFYGcmGA

Several other similar videos featuring children in combat gear were posted as well.

Atlanta has deployed a child militia at Lenox Mall fitted with riot shields and batons. What the actual fuck is going on? pic.twitter.com/zTtmw5mDTN

The other trending topic was inspired by a viral videographer who was trying to get answers from police in Dallas about their use of teargas on protesters when another bystander tried to get him to leave the cops alone, urging him to “de-escalate.”

“Let’s not be inflammatory,” the bystander says, to which the man with the camera replied “You know what dude? I’ll do what I want, you do what you want, how about that?”

“I want to de-escalate,” the bystander says, and the man with the camera shoots back “Okay then deescalate on his dick. Why don’t you do that, you can do that.”

The exchange has racked up nearly 3 million views on Twitter.