This Exists: Planned Parenthood Gives Instructions On How To Safely Have Sex With Vampires 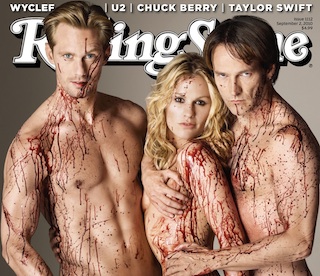 A few months ago, the Center for Disease Control realized they could trick people into learning about disease prevention by jumping on the Zombie bandwagon currently devouring all pop culture. So they wrote up a quicky article jokingly instructing citizens how to keep themselves safe in the event of a zombie apocalypse. The Internet then promptly exploded. Seriously. The CDC’s website was running slowly for hours.

Well, cut to today and it looks like another public health organization wants to get in on that sweet monster-based relevance. In an email press release sent out today, Planned Parenthood has given some helpful advice on how to stay safe and STD-free while having sex with vampires.

Sure, zombies are more popular these days than vampires but, hey, no one wants to bang a zombie. At least I hope they don’t.

Here’s the full text from the email. It’s pretty awesome:

FOR IMMEDIATE RELEASE: October 31, 2011
Contact: PPFA Media Office, 212-261-xxxx
Thinking About Having Sex with a Vampire This Halloween?

Planned Parenthood Is Here to Help

Let’s face it: vampires can rack up a lot of sexual partners over the years. Your vampire might be the same age as you, or she or he might be thousands of years old. But no matter how old you are, if you’re going to jump into bed with a vampire, you’re going to need more than a clove of garlic to protect your health.

Here are some things to think about before you enter into a sexual relationship with a vampire:

Don’t wait until you’re in the heat of the moment to bring up safer sex. Vampires have been known to “glamour” people to get their way, so play it safe and make it clear that you won’t have sex without protection right from the start.

Remember, a vampire who doesn’t care about protecting your health is not the kind of vampire that you want to get involved with. Not sure if you’re dating the right vampire? We can help you figure it out.

* Let’s not forget, Edward got Bella pregnant in the Twilight series, going against hundreds of years of vampire lore. So even if your vampire tells you he can’t get you pregnant, why risk it? Condoms are not only a great way to prevent STDs, they’re effective at preventing pregnancy. Even better, use a condom along with another birth control method.

All good information to know.

Now we just have to sit back and watch this email get mentioned in every vampire-related blog post published for the next 10 months. I’m not kidding. That CDC thing was mentioned as recently as a TV review from two days ago and it was published in freakin’ May!