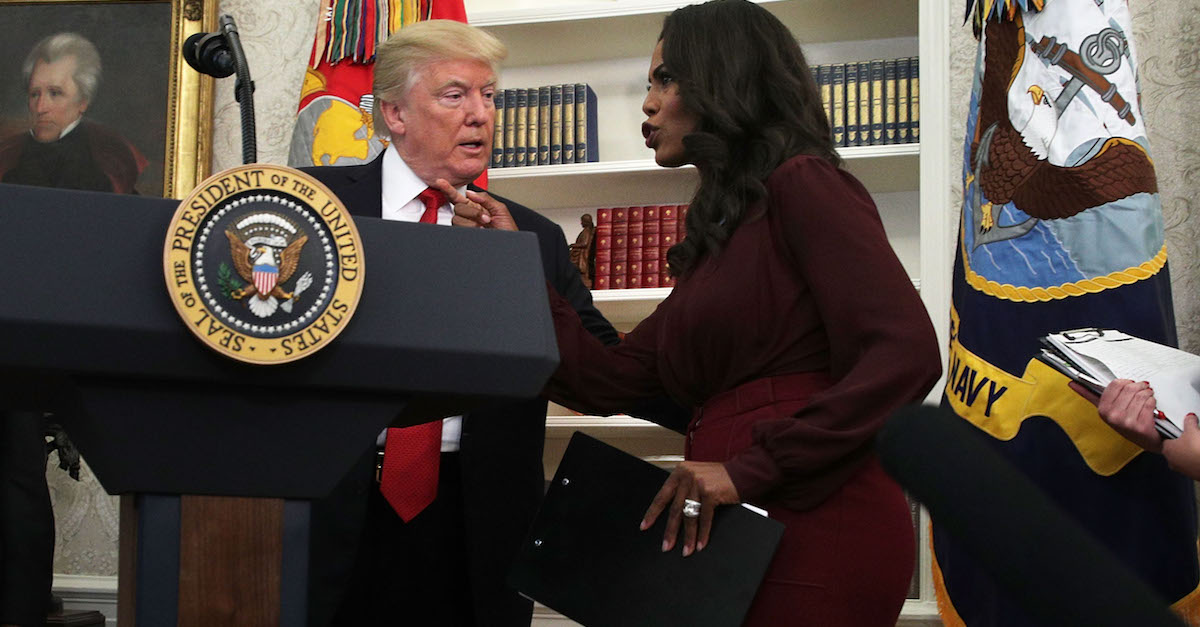 A new report on Omarosa Manigault‘s upcoming memoir claims that the former Apprentice star and ex-White House aide was offered a regular cash payment if she promised to never speak about her time in President Trump‘s administration.

Unhinged: An Insider Account of Trump’s White House has attracted major intrigue due to Manigault’s claim that the book goes into detail on the secret recordings she took of her boss before her dismissal last year. Critics have noted that Manigault is an unreliable narrator with questionable levels of credibility, but she has still managed to electrify the news cycle with previewed portions of the book.

The Washington Post‘s Josh Dawsey reports that in a new section of the book, Manigault claims that the president’s daughter-in-law Lara Trump, offered her a job and a monthly $15,000 payoff contract in exchange for her silence. This offer came in shortly after Manigault was fired by Chief of Staff John Kelly.

Manigault Newman said the call from Trump was followed by a call from Jared Kushner, Trump’s son-in-law, and Ivanka Trump, his daughter, who said she “really loves” Manigault Newman and would do anything for her.

“Call us anytime,” Kushner says on the call, according to the book.

Then, Lara Trump called and reiterated how much the president and the family loved Manigault Newman, offering her the job and wanting to make sure “everything is positive.”

“If you come on board, we can’t have you mention that stuff,” she added, referring to interviews Manigault Newman gave immediately after her firing.

Dawsey has spoken to “people familiar with the proposal” who say the Manigault offer was real.

The hush money allegation comes as Trump-world continues to deal with the ongoing controversy surrounding the efforts to pay off and silence Stormy Daniels and Karen McDougal. Press Secretary Sarah Huckabee Sanders is slamming Manigault’s book, accusing her of trying to “profit off these false attacks.”