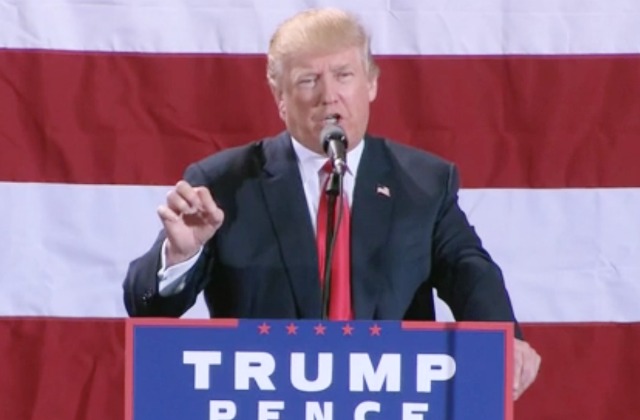 President Donald Trump‘s campaign sent out a fundraising e-mail on Tuesday ripping not just a favorite target — “fake news” from the media — but also “people within our own unelected bureaucracy that want to sabotage President Trump.”

This fundraising email was sent out after the big news of a reported James Comey memo that said Trump asked him to close the Flynn investigation.

The fundraising pitch prominently featured a paraphrase from a February 2017 speech by Trump advisor Steve Bannon at the Conservative Political Action Conference:

Steve Bannon was right when he said, “If you think they’re going to give you your country back without a fight, you are sadly mistaken. Every day is going to be a fight. That is the promise of Donald Trump.”

The campaign e-mail closed out with a reference to their “drain the swamp” slogan, and emphasized that “President Trump has already started cleaning house, but every day will be an uphill battle — and we need to be prepared to go into the trenches to FIGHT BACK” (emphasis theirs).