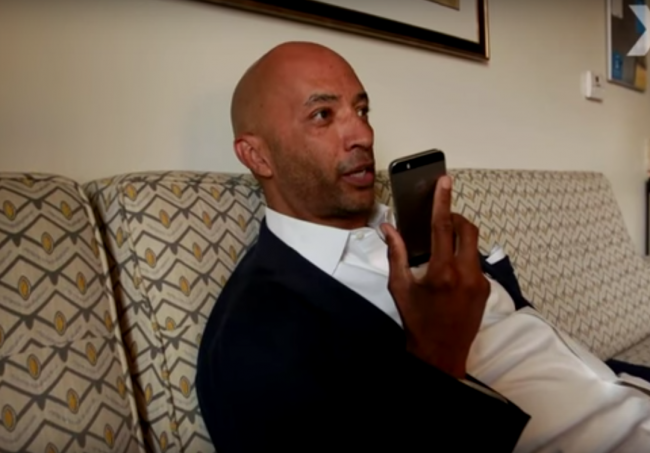 While recently doing a story about known White Supremacist Craig Cobb, ABC producer Jasmine Brown and anchor Byron Pitts were subject to hateful tirades and now the story has been brought to life through a produced video by timesXtwo.

The source of the rhetoric is hardly a surprise once you dig deeper into the man himself; after all, the video shows Cobb saying, “I’m one of the most famous racists in the world you son of a bitch.” Brown, who is African American, notes that Cobb seemed “incredibly gracious” when they first spoke on the phone, presumably before he knew her race.

“He is very much in love with Donald Trump,” adds Brown. She continues to describe a line of Cobb’s saying, “I would almost rather talk to a Jew, because then at least they would be intelligent.” The video reveals the emotional toll on Brown, a twenty-something Millennial, experiencing this level of overt racism for the first time.

But when anchor Byron Pitts gets Cobb on the phone, the heated rhetoric really takes a turn.

Well if he hadn’t won the argument with his n-word references, he certainly did it by invoking Ann Coulter.

In 2013 Mediaite reported about Cobb’s efforts to buy up properties and encourage fellow white supremacists to move to a neighborhood in Leith, North Dakota. Later that year, Cobb appeared as a guest on The Trisha Show with host Trisha Goddard; a DNA test revealed that the white supremacist is actually 14-percent Sub-Saharan African.