Trump Mourns Ali, Promptly Gets Reminded of When He Trashed Muslim Sports Heroes

Trump Mourns Ali, Promptly Gets Reminded of When He Trashed Muslim Sports Heroes 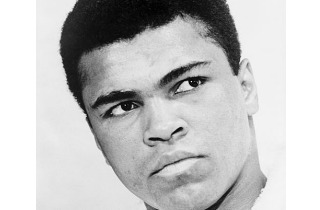 The death of boxing icon Muhammad Ali is being mourned as a tremendous loss to boxing and world history, and Donald Trump is getting a lot of blowback for seemingly trying to capitalize on the tragedy.

The legendary athlete died Friday night due to reported septic shock, and the loss has captured the attention of the media and celebrities who are mourning all over social media and other spaces. Ever attuned to the news cycle, Trump found out about Ali’s death shortly after it happened, which resulted in this tweet.

Muhammad Ali is dead at 74! A truly great champion and a wonderful guy. He will be missed by all!

Trump’s remembrance of Ali is interesting, considering the fact that Ali was a Muslim who raked Trump across the coals for his repeated incendiary comments about Islam. More than that, Trump’s tribute is especially hollow given that it was only a few months ago that Trump sent out quite the dismissive tweet about Muslim sports figures in America.

Obama said in his speech that Muslims are our sports heroes. What sport is he talking about, and who? Is Obama profiling?

Trump received a lot of criticism for this tweet back then, and today, many Twitter users decided to burn him for jumping on the bandwagon of the world’s mourning:

.@realDonaldTrump you said this in December pic.twitter.com/cWqdDqAIO9

Statement from Muhammad Ali on the proposed Muslim ban (from 12/9/15)pic.twitter.com/VxH7Sj0NPh

.@realDonaldTrump you are the epitome of everything he despised

He was a Muslim, Donald. https://t.co/MMjSEHquV0

Trump used to describe Muhammad Ali as a close friend when it suited him https://t.co/l3p9xGX8Rr