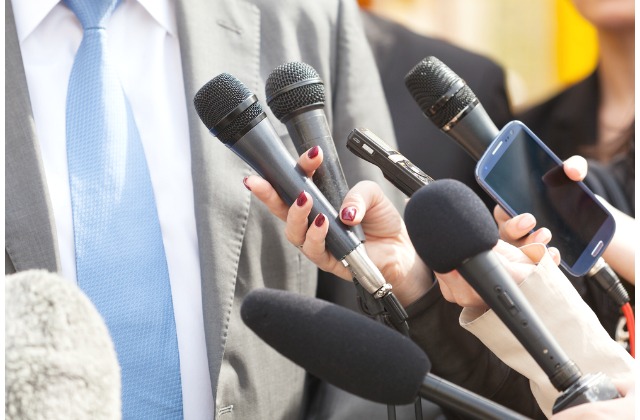 Various journalists tweeted this morning that there’s now a crackdown going on for reporters wanting to conduct interviews with senators:

ALERT: Reporters at Capitol have been told they are not allow to film interviews with senators in hallways, contrary to years of precedent

CONDITIONS for any interview: Previously granted permission from senator AND Rules Committee of Senate

Do YOU want to see journalists hold your elected representatives accountable? Call the Capitol and say so: 202-224-6352 https://t.co/hTuOioMH87

Senate Rules Committee and @SenateSAA trying to SHUT DOWN press access in halls. No more staking out hearings without permission. Not OK.

NEW: The Sen Rules Cmte now wants us to request approval from them for EVERY on-cam interview of a Senator in the hallway we want to conduct

In the Senate there are very few places that are so-called designated camera stakeout positions. Most are not high traffic areas.

So restricting the access of TV cameras in hallways and requiring approval for every single interview is suffocating.

So to sum: Senate Rules Cmte is cracking down on TV reporters filming in hallways. Not allowed to done/o permission

One imagines some GOP senators haven’t been happy with how they’ve appeared on cable news, caught by surprise

I was just told I cannot stand outside of the Budget Committee hearing room to interview lawmakers. https://t.co/gBdkztGLfO

Amid dramatic press coverage changes for CapHill, no advance warning/guidance given to CapHill reporters ahead of changes. No memo. Nothing

And naturally, a lot of people in the media weren’t happy about this, and some even questioned whether this was related to the health care bill:

This is a stunning change of precedent. https://t.co/AJ04NOUmjb

Can't help but notice this comes as Congress is crafting major legislation behind closed doors without the usual public process there either https://t.co/XutcMJPLj4

absolutely absurd rule to impose as Senate Republicans work on their health care bill affecting a sixth of the economy in secret https://t.co/0Gfeba4YIP

Probably just a coincidence that this comes as Republicans are trying to pass their secret health care bill. https://t.co/LCjFvDf5P8

I'd observe this change comes as Senate GOP writes legislation behind closed doors that affects 1/6 of the economy, but y'all beat me to it https://t.co/qtOxDeXnW6

This includes the public office buildings, which are open to anyone. This is a very bad policy, designed to restrict coverage. Period. https://t.co/BBTThAEJ8F

UPDATE –– 1:15 pm ET: There’s a statement out from the Senate Rules Committee now claiming “no additional restrictions” are in place:

Senate Rules Committee puts out statement insisting there are no changes to existing rules pic.twitter.com/Nq3xpij2GG

UPDATE –– 3:16 pm ET: Shelby is claiming now that this was a “miscommunication”:

NEW @CNN: For now, "reporters should continue to operate as they were operating yesterday,” spox for Chairman of Senate Rules Cmte tells me. https://t.co/XCgha6aY9A

Shelby himself told CNN that what had happened "was a miscommunication. It wasn't anything I did." https://t.co/c0EZ7iS77k