At 12:29 p.m. ET, hackers appear to have taken over the official Twitter account of U.S. Central Command, @CENTCOM, posting a series of messages referencing ISIS and Allah and sharing information ostensibly obtained from Pentagon computers.

AMERICAN SOLDIERS,
WE ARE COMING, WATCH YOUR BACK. ISIS.
http://t.co/iZULe4nTmp
#CyberCaliphate

In a message posted anonymously on Pastebin, the same site used by those who hacked Sony Pictures, the group attempted to show proof that they had infiltrated the Pentagon’s system. Several tweets followed that posted presumably stolen information about retired generals and other military plans. 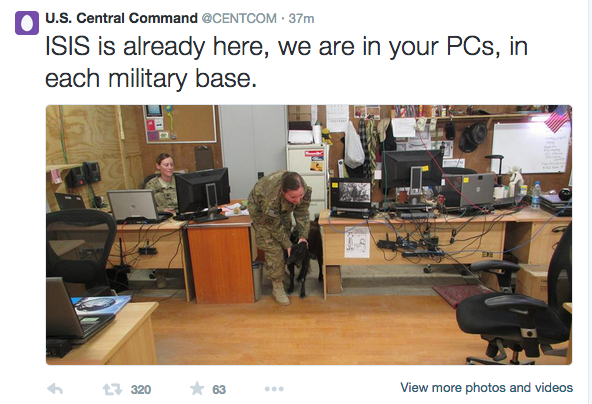 The group also took hold of the Centcom YouTube page, adding ISIS propaganda videos to the existing videos of airstrikes against the extremist militant group that remain on the page.

Watch CNN’s report on the hacking below:

UPDATE — 1:18 p.m. ET: Less than the hour after the first hacked tweets appeared, the @CENTCOM Twitter account has been suspended. We have added the relevant screenshots of tweets above. As of now, the propaganda YouTube videos remain.

One cybersecurity reporter, Blake Sobczak, noted that so far, at least, the hack did not reveal any classified documents:

So far hacked @CENTCOM has only shared public documents or ones marked "for official use only." Quite a few steps away from classified…

Hacked @CENTCOM sharing contact info that's either public or "for official use only." No reason to get too nervous unless TOP SECRET pops up 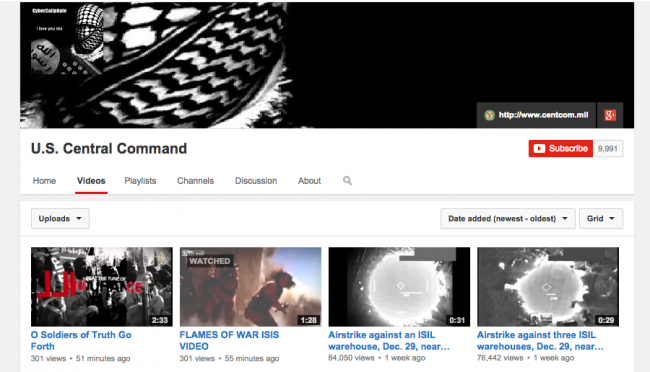