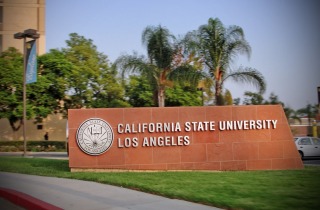 California State University Los Angeles is going ahead with separate housing for African-American students in order to protect them from “micro-aggressions.”

The arrangement comes after the school’s Black Student Union wrote an extensive letter of demands demanding CSULA take action and address “racist attacks by fellow students, faculty, and administration.” One particular demand the letter makes is for “Black student only” living quarters with a “full time Resident Director who can cater to the needs of Black students”:

The College Fix received word from CSULA spokesman Robert Lopez confirming that the separate housing would be put into effect. Lopez’s email praised the new arrangements and said the Halisi Scholars Black Living-Learning Community “focuses on academic excellence and learning experiences that are inclusive and non-discriminatory.”

The other demands in the letter include $20,000 dollars per quarter allocated to the Black Student Union, mandatory cultural competency training to all school employees, and a $30 million dollar scholarship for black students.

Ironically, CSULA recently entered the media spotlight when the school revolted against Ben Shapiro for giving a speech there about how the Left has become intolerant of diverse political views