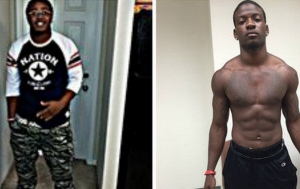 Two students from Troy University in Alabama were arrested just days ago over a video obtained by authorities depicting a gang rape during spring break. The video was reportedly shot in Panama City Beach, and Delonté Martistee and Ryan Calhoun have been charged with sexual battery by multiple perpetrators.

And as descriptions of the video have revealed, bystanders did nothing to intervene or stop it.

Bay County Sheriff Frank McKeithen reacted to the video by saying, “It’s probably one of the most disgusting, sickening things I’ve seen on a Panama City beach. This is not the first video we’ve recovered, it’s not the second video, it’s not the third video (and) there’s a number of videos with things similar to this. I can only imagine how many we haven’t recovered.”

Authorities released some stills from the video, but they blurred faces out, like in this one, reportedly depicting the victim of the gang rape: 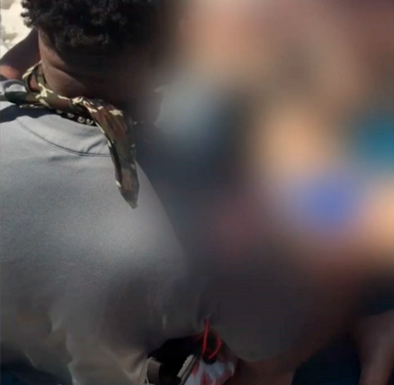 She had told the police she didn’t remember what happened to her, and was possibly drugged.

Watch CNN’s report, including an interview with the mayor of Panama City Beach, here: