Want To Get Out Of Jury Duty By Pretending To Be Racist? It Might Get You ‘Indefinite Jury Duty’ 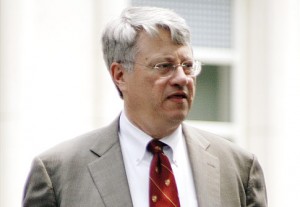 It’s fair to say that most of us have been tempted to get out of jury duty by pretending to be a little more hateful / insane / insanely hateful than we truly are, but we generally have the good sense to know that playing up biases takes a certain level of finesse: In other words, hating everyone seems a little suspect, unless you happen to be a television pundit. One woman learned this the hard way when a judge sentenced her to “indefinite jury duty” (a particularly heinous circle of hell, lit only by fluorescent lighting and dotted with vending machines that eat your cash) after suspecting her of lying in order to get out of serving jury duty.

The woman, who is in her 20s and of Asian descent, attempted to get out of sitting as a juror for the death penalty trial of crime boss Vincent “Vinny Gorgeous” Basciano by telling the court that the “three people” she least admired were “African-Americans, Hispanics and Haitians” because “you always hear about them in the news doing something.” Also, she might as well have added Asians. Also, cops are lazy and unethical. Also, one of her relatives is a former member of the Chinese Ghost Shadows, still serving time in prison. Also, she kicks puppies.*

He’s since dismissed the woman because, you know, he can’t legally keep her around forever, but he did take back her $40/day compensation. The judge also made it clear that he didn’t intend to keep her because of her supposed prejudices, but because he believed she had lied to the court in her jury questionnaire – a questionnaire which is filled out under oath:

My ruling was not based in any way upon whether or not you held any racist views. It was apparent you did not tell the truth.

You were the only juror who indicated that you had every form of bias imaginable. You were lying to the court in order to be excused.

*She didn’t actually say this last one. But she might as well have!