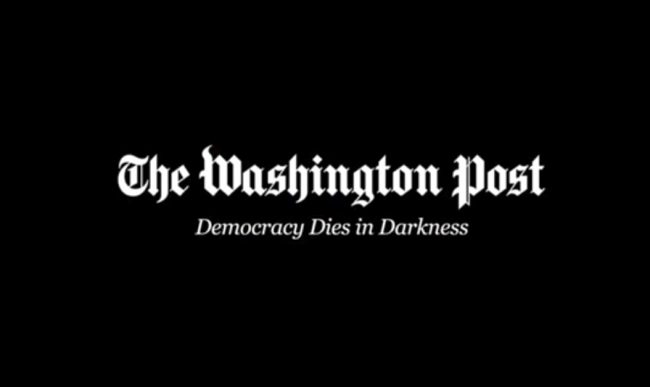 When the highest ranking Democrat in Washington takes a public swipe at Hillary Clinton and undermines the “Russia won the election for Trump” narrative you’d think it would be pretty big news.

The Daily Beast thought so. So did the Washington Free Beacon. As did Slate. Here at Mediaite, we saw the obvious news as well:

“When you lose to somebody who has 40 percent popularity, you don’t blame other things — Comey, Russia — you blame yourself,” Schumer said. “So what did we do wrong? People didn’t know what we stood for, just that we were against Trump. And still believe that.”

However, the Washington Post didn’t appear to find this infighting between top Democrats as worthy of a headline or even the lede in their account of the Schumer slam. Even more astounding: Schumer gave the quote to WaPo directly in an exclusive interview.

Yup, the Daily Beast, Free Beacon, Slate and Mediaite stories (as well as many other outlets) all pulled the quote from the 6th paragraph of Ed O’Keefe and David Weigel article headlined:

Trump had ‘The Art of the Deal.’ Now Democrats say their economic agenda is ‘A Better Deal.’

It’s not uncommon for journalists to bury a lede, but two politically savvy journos like O’Keefe and Weigel have pretty good instincts on what’s going to cause a stir in the town they cover and when so many other outlets highlight this nugget while the thrust of their article is nothing more than a PR write-up on the Democrats’ new branding efforts, it’s worth asking what happened here.

Setting aside the notion that these two reporters didn’t recognize the hot quote they stumbled upon, it could be that the exclusive access to Schumer was granted under the agreement that the thrust of the article would highlight the “Better Deal” narrative the Democrats are rolling out this week.  This kind of thing happens all the time in Washington. However, it’s fair to ponder whether these same reporters (or any other DC reporters for that matter) would honor such an agreement if Paul Ryan or Mitch McConnell had said an equally volatile statement about President Trump.  What are the odds?

It could also be a blatant case of good-old-fashioned bias where these reporters are so taken by the stunning brilliance of the Democrats’ new slogan that they truly found it to be the most riveting issue they had to write about Sunday night and had no idea that catty aside from the senior Senator from Clinton’s “home state” would even matter to anyone when compared to the game-changing “A Better Deal” party slogan.

Frankly it doesn’t matter. This sort of thing adds to the perception from many Americans that any bit of news that can cast the president in a negative light would be the screaming banner headline at WaPo or the New York Times or any of the other 57 major newspapers that endorsed Clinton (compared to 2 for Trump.) And any item that even barely undermines the “Hillary would have won if it weren’t for Putin” narrative will be virtually ignored by papers like WaPo.

As major publications and media outlets continue to have their fragile egos bruised by President Trump’s insistence to fight back against their shoddy work, it’s probably best to not give him so much ammunition to prove his point. After all, it doesn’t take a career journalist to recognize that Schumer’s slam on Hillary was a major story. Even this guy figured it out:

After 1 year of investigation with Zero evidence being found, Chuck Schumer just stated that "Democrats should blame ourselves,not Russia."

If you hadn’t buried your lede, WaPo, he might have even given you a link back.