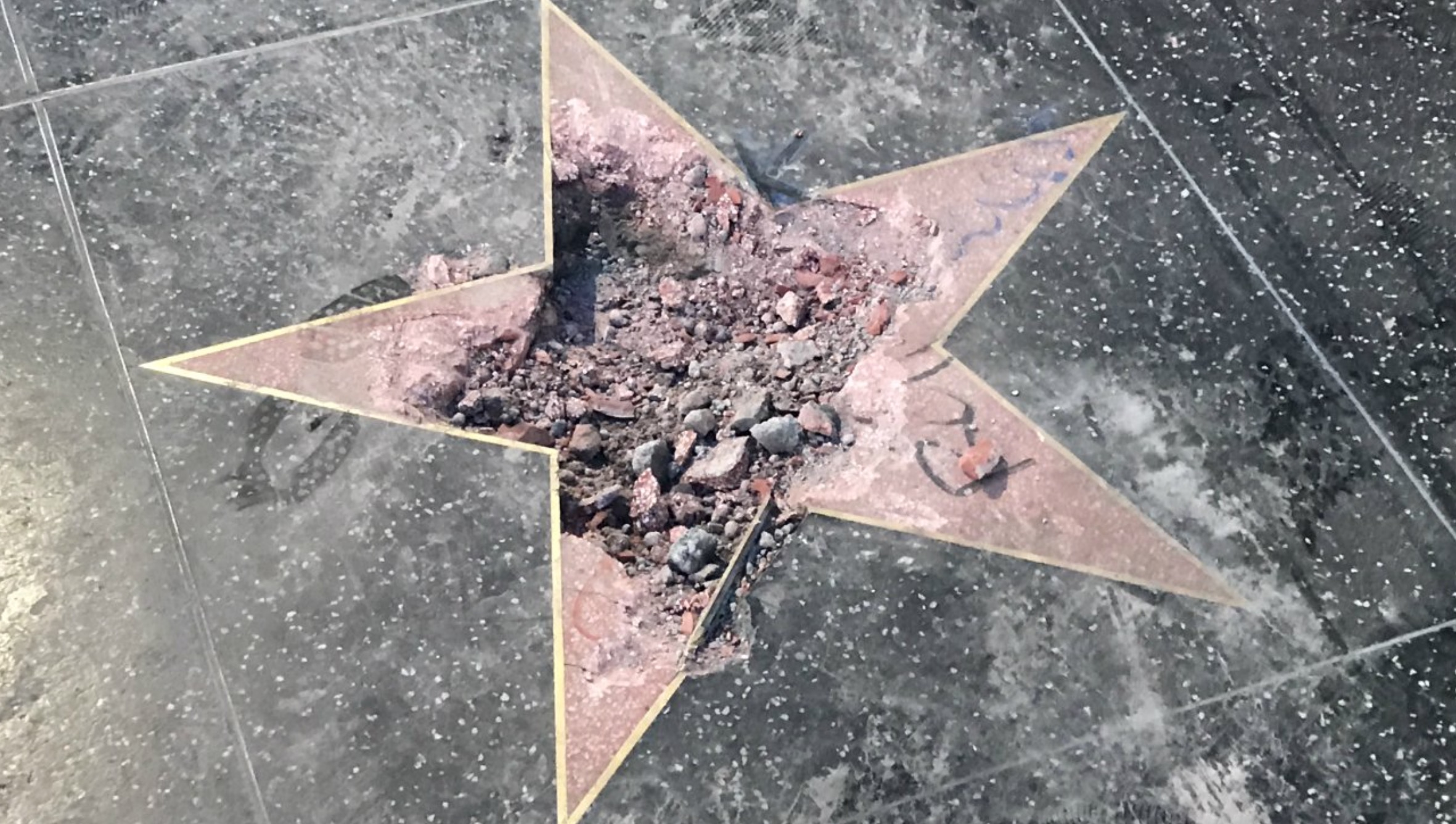 The West Hollywood City Council passed a resolution yesterday which recommends that the Los Angeles City Council and the Hollywood Chamber of Commerce permanently Donald Trump‘s star from the Walk of Fame.

According to The Washington Times, Duran insisted that the WeHo City Council didn’t make their decision because of Trump’s conservative politics, but rather “it is for the abuse of women, minorities, immigrants, the disabled … you’ve crossed a line of decency.”

Trump was awarded his star in 2007 after hosting The Apprentice for several years. The star is frequently vandalized by Trump’s political critics, and just weeks ago, it was destroyed for the second time by a man who smashed it with a pickaxe.

Despite the city council’s resolution, its unclear if Trump’s star will actually be taken away forever. The Hollywood Historic Trust previously said they planned on repairing Trump’s star after the recent smashing, and Hollywood Chamber of Commerce CEO Leron Gubler recently said stars are all part of the fixed landmark on Hollywood Boulevard.

If Trump’s star is ever removed, it would undoubtedly spark controversy and questions about some of the other plaques on the Walk of Fame. People demanded the removal of Bill Cosby‘s star for years because of the dozens of women who came forward and accused him of sexual misconduct.