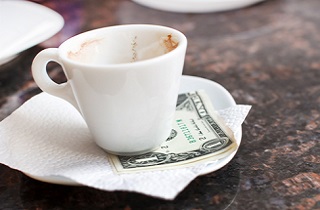 On Thursday, several media outlets reported on an authorized leak from a White House official signaling the President’s support for the Fair Minimum Wage Act of 2013, a measure introduced by Rep. George Miller (D-CA) and Sen. Tom Harkin (D-IA) that would raise the federal minimum wage to $10.10 per hour, the tipped minimum wage to 70% of the federal minimum, and index both to inflation. During a gaggle aboard Air Force One Friday morning, Principal White House Deputy Press Secretary Josh Earnest confirmed the President’s support for the measure. According to the pool report on the gaggle, Earnest said the administration supports the Harkin bill.

Deputy Press Secretary Josh Earnest gaggled on board, about an hour into the flight.

ACA: he said Obama has asked “his team” to look at administrative solutions to people getting plans cancelled, but had no details He was asked about extending enrollment deadline, but said admin has confidence website will b improved by Nov 30 and people will have 4 months to enroll, “a really long time”

He was asked whether Todd Park will testify before Issa committee, and said for now, he’ll be “focused on the task at hand”– the website – but didn’t rule out that he’d testify

Iran: lots of Iran Asked about Netanyahu’s criticism of the reported outline of a deal, Earnest said “there is no deal. Any critique of the deal is premature.”

Transfat: he said he hadn’t talked to the president about the proposal

Sebelius: said obama has complete confidence in her

Crist: didn’t know if the former fla gov and now dem candidate for guv will see POTUS in fla. Said obama appreciates his support, but no word on endorsement

Pool will shortly be en route to the port of New Orleans, where POTUS will deliver remarks (open press) after a tour

Earnest gave a week ahead as well