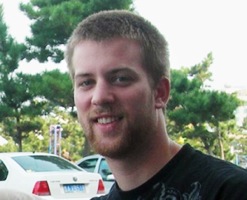 Brian J. Hogan, welcome to the national spotlight! Wired magazine’s blog “Threat Level” has now identified the individual who found/stole the next generation iPhone and sold it to Gizmodo, sparking a rather large dust-up between Gawker Media and Apple.

Brian J. Hogan, a 21-year-old resident of Redwood City, California, says although he was paid by tech site Gizmodo, he believed the payment was for allowing the site exclusive access to review the phone. Gizmodo emphasized to him “that there was nothing wrong in sharing the phone with the tech press,” according to his attorney Jeffrey Bornstein.

Wired.com identified Hogan as the finder of the prototype by following clues on social network sites, and then confirmed his identity with a source involved in the iPhone find.

Hogan has been interviewed by law enforcement investigators but has not been charged with a crime. His attorney says he is willing to cooperate with authorities.

It’s generally considered theft under California law if one “finds lost property under circumstances that give him knowledge of or means of inquiry as to the true owner” and yet appropriates the property for his own use “without first making reasonable and just efforts to find the owner and to restore the property to him.”

The person who found the phone “is very definitely one of the people who is being looked at as a suspect in theft,” San Mateo County Chief Deputy District Attorney Stephen Wagstaffe told Wired.com Wednesday. “Assuming there’s ultimately a crime here. That’s what we’re still gauging, is this a crime, is it a theft?”

The post also reports that owners of the bar told reporters “that Hogan didn’t notify anyone who worked at the bar about the phone,” and add that “he regrets his mistake in not doing more to return the phone.”