Would You Pay For Andrew Sullivan’s Blogs? After Leaving Newsweek/Beast, He Sure Hopes So 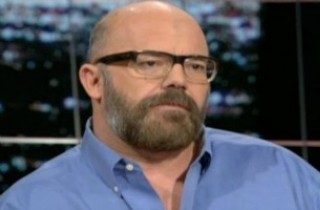 Daily Dish blogger Andrew Sullivan announced on his platform on Newsweek/The Daily Beast that, after partnering with a number of prominent publications over the years, he is striking out on his own and establishing a membership-driven independent media platform. Sullivan humbly describes his new venture as a way to “change the media world just a little – for the better.”

After partnering with a number of publications over the years, including TIME Magazine, The Atlantic and Newsweek, Sullivan has decided that it is time to embark on a new chapter.

In an epic tome chronicling the history of the Daily Dish, Sullivan describes the thought process which led him to break up the band and go solo.

[A]s we contemplated the end of our contract with the Beast at the end of 2012, we faced a decision. As usual, we sought your input and the blogosphere’s – hence thenot-terribly subtle thread that explored whether online readers will ever pay for content, and how. The answer is: no one really knows. But as we debated and discussed that unknowable future, we felt more and more that getting readers to pay a small amount for content was the only truly solid future for online journalism.

Sullivan says that he weighed the costs and benefits, and chose to strike out on his own — putting his and his staff’s fates in the hands of loyal Daily Dish readers.

The only completely clear and transparent way to do this, we concluded, was to become totally independent of other media entities and rely entirely on you for our salaries, health insurance, and legal, technological and accounting expenses.

That is a lot of faith to put in your readership.

Here’s the core principle: we want to create a place where readers – and readers alone – sustain the site. No bigger media companies will be subsidizing us; no venture capital will be sought to cushion our transition (unless my savings count as venture capital); and, most critically, no advertising will be getting in the way.

Correction: That is an extraordinary amount of faith to put in your readership.

Sullivan notes that they cannot rule out seeking advertisers at some point, but they hope for the time being that they site and its employees can be compensated entirely with the revenues accrued from dues-paying members.

Membership starts at $19.99 per year which, Sullivan helpfully notes, is just a nickel a day. I pity you poor folks who have to choose between this expense and sponsoring that despondent Bangladeshi tiger you see every night on television before bed.

Not all content on the new site will be paid content and readers will have the ability to view a few articles per month without being asked to become members. That said, Sullivan appears to be confident that his loyal “Dishheads” can keep the new venture afloat.

Read the lengthy announcement here via The Daily Beast