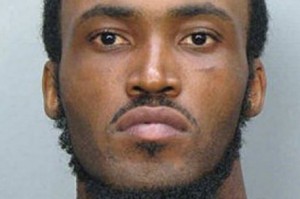 The mother of Rudy Eugene, the naked cannibalistic individual who brutally attacked a homeless man in Miami and ate most of his face before being shot and killed by police, told the media that it was wrong that her deceased son was portrayed as a “zombie.”

RELATED: Sign Of The Zombie Apocalypse? Naked Man Shot While Eating Someone’s Face Off In Miami

“He was a good kid,” explained Eugene’s mother, who asked not to be identified, to CBS Miami. “He gave me a nice card on Mother’s Day. Everyone says he was a zombie. He was no zombie. That was my son.”

She told CBS that she “used to go to church all the time together” with her deceased son.

The victim, Ronald Poppo, remains in critical condition at a Miami hospital with reportedly 75 percent of his face having been eaten in the attack.

Eugene’s mother believes police should not have shot him. “They could have tased him,” she said. “I saw what happened on TV and I started crying.”

Eugene’s girlfriend, who also requested anonymity, also said she did not recognize the person that was described on television as a “face-eater.”

“That wasn’t him, that was his body but it wasn’t his spirit,” said Eugene’s girlfriend. “Somebody did this to him.”

“He loved God. He always read the Bible,” she added. “He would give you knowledge on the Bible. Everywhere he went his Bible went. When he left he had his Bible in his hand.”