The Case For Bill O’Reilly
Opinion

The Case For Bill O’Reilly 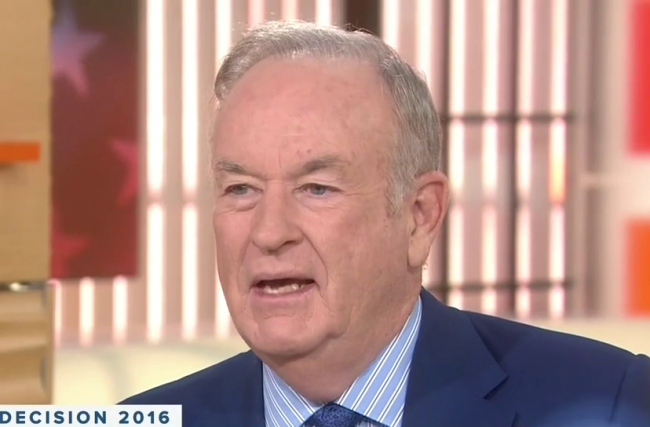 I know what you’re thinking — but hear me out.

After The New York Times revealed that Fox News and Bill O’Reilly spent millions of dollars settling sexual harassment lawsuits against the host, it didn’t take long for the professional talking heads — most of whom work at rival organizations — to begin sharpening their knives. On his CNN show, Don Lemon cast aside the Susan Rice story in favor of full court billing for O’Reilly’s woes. On MSNBC, Mika Brzezinski said she expected Fox would “do the right thing.”

Bill O’Reilly is no stranger to incoming fire. As host of the Factor for 20 years, the list of controversies he has weathered is frankly too extensive to properly recount here. The Maxine Waters affair already seems like a distant memory. While I certainly wouldn’t want O’Reilly elected Pope, the facts right now just don’t justify the dismissal that so many are hoping for. Maybe they will, but even the most watched cable news host deserves to be treated fairly and without prejudice.

First, the brass tacks: Bill O’Reilly has never been convicted of a crime. O’Reilly has also never been found guilty of wrongdoing in any civil case against him. As unseemly as the Fox settlements look, they carry no legal admission of guilt from the host. Period. Maybe the swirl of controversy surrounding him is still too much for you, but before you pass judgement, let’s take a moment to remember those other televisions mainstays for whom the bar was far lower.

At the height of her popularity, domestic home empress Martha Stewart took a detour from television to spend five months in a federal correctional facility on felony convictions for obstruction of justice, and lying to federal investigators. You can watch her today on PBS. Lena Dunham, who has openly suggested that her behavior toward her younger sister was like a “sexual predator,” is celebrated as a feminist icon on platforms like Twitter. As far as I know, HBO has no plans to cancel her popular show, Girls.

Now, for the record, I think Martha Stewart is very good at what she does, and Zakaria, even with his unfortunate potty-mouth, is generally honest also. What I am saying is that all of us have freely forgiven these media personalities and others for missteps and misconduct. The primary issue with O’Reilly, is the alleged abuse of power. As hard as it will be for some to do, corporations have to really evaluate just how bad certain conduct is. Is it a corporate misdemeanor? A felony? Or is it worthy of the death penalty?

Now as Bill himself might say, you can’t justify bad behavior by pointing out other bad behavior. So even though no bad behavior has ever actually been proven against O’Reilly, it’s worth looking at other reasons why he should stick around.

While much attention has been focused on the handful of women lobbing accusations, I’d like to speak, for a moment, on behalf of another much larger segment of women, female shareholders of 21st Century Fox. As a publicly traded company, 21st Century Fox, the parent company of Fox News, has an obligation to maximize profits for its shareholders of both genders. To that end, it would be nothing short of lunacy to dump O’Reilly. As the New York Times pointed out in their own investigation, O’Reilly’s show made $446 million in revenue between 2014 and 2016, with the host himself taking in a handsome $18 million yearly salary. O’Reilly has dominated ratings charts since this author has been in high school.

When you take that all in, suddenly $13 million in settlements over the last 15 years seems a lot less gargantuan, and more a standard operating costs of defending a major celebrity from less than dire lawsuits. As the Times also reported — no doubt begrudgingly:

According to legal experts, companies do settle disputes even ones that they believe have little merit because it is less risky than taking the matters to trial, which can be costly and create a string of embarrassing headlines.

Many believe that the growing revolt among Fox advertisers should be sufficient to dislodge O’Reilly, but it would set a terrible precedent for Fox News (and the whole industry) to cave to corporate bullying.

This is hard for me to say because I often disagree with O’Reilly on a variety of issues but as serious as some of the accusations are, they don’t seem to rise to the level anywhere near a need to fire him. The Factor should be canceled when the people who watch it leave, not BMW. Advertisers can be replaced, but O’Reilly’s nightly audience is not something that will be easily replicated.