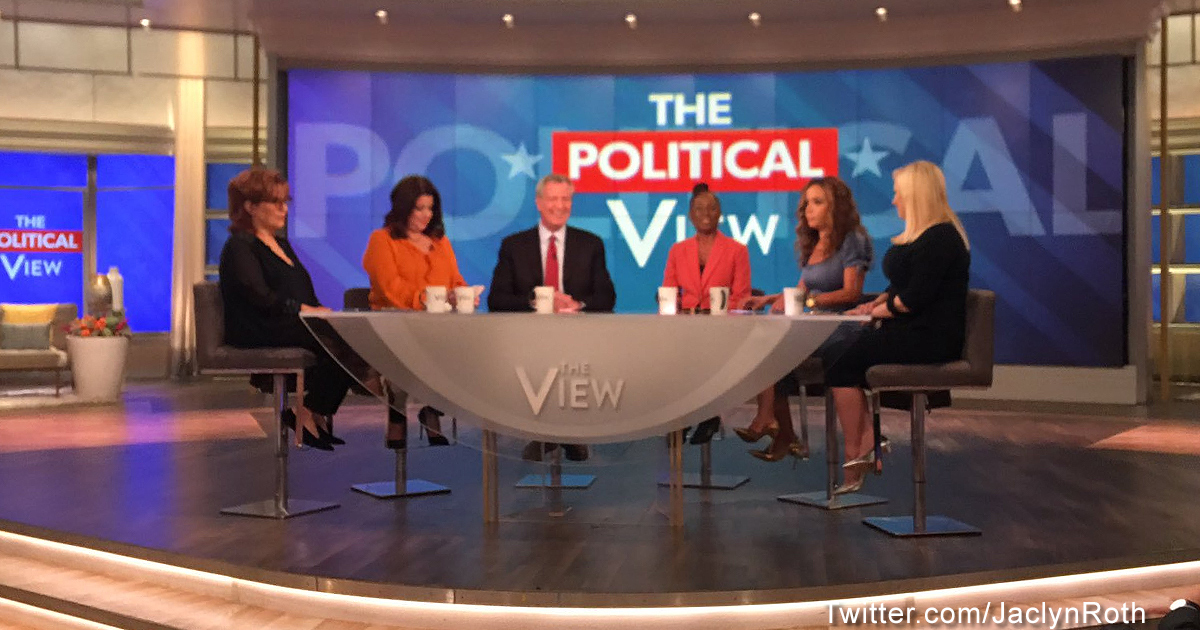 After bashing wealth and privilege at the Democratic debate on Wednesday, and on Twitter on Thursday, NYC Mayor Bill de Blasio used his own wealth and privilege to make a planeload of regular folks wait on the tarmac so he could do a fancy TV talk show about his campaign for President, the New York Post reported.

Mayor Bill de Blasio made Delta passengers wait in their seats on the tarmac at LaGuardia Airport for 10 minutes Thursday,” the Post reported. “But it wasn’t a pressing matter related to City Hall or the potential firing of Eric Garner chokehold cop Daniel Pantaleo that necessitated the inconvenience to his fellow passengers — de Blasio had to rush off to tape an appearance on ABC’s ‘The View.'”

It turned out that a Post reporter was on the flight, and spoke with some of the passengers.

“This is just a continuation of the rudeness and the bluntness of his performance last night,” said one of those passengers.

After his priority deplaning, the flight steward told the remaining passengers there were finally free to debark and, according to the report, there was more grumbling and some sarcastic thanks.

Even worse, he was also late for the flight when it was taking off.

On Twitter, de Blasio press secretary Jaclyn Rothenberg (who can be seen in the New York Post photo waving at the reporter below) disputed the eyewitness report.

As the woman waving to a reporter (who I know) & who wrote the story on a plane filled with other media, this isn’t true. The mayor sat in row 13 and got off the plane in order. It’s true that security in the last row got off first along with elderly and handicapped. https://t.co/ZGeXPFYtYU

Here is that photo, for reference.

'VIEW' TO A BILL: @BilldeBlasio makes fliers wait on tarmac so he can rush to @TheView — via @juliakmarsh & @nypost https://t.co/YDZ1mBUVWD