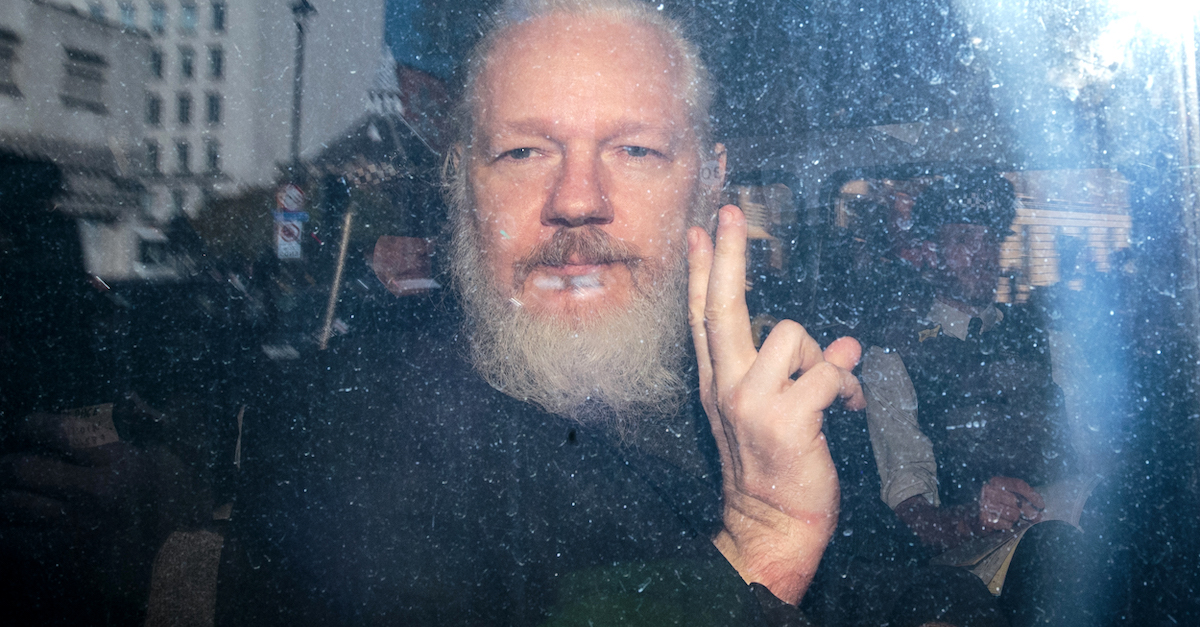 Julian Assange, the founder of Wikileaks, was charged Thursday by the Justice Department under the Espionage Act. The charges are certain to set up a fierce debate on First Amendment rights.

The stunning move by the DOJ marks the first time a publisher has ever been charged under the Espionage Act, which was considered by the Obama administration but ultimately abandoned over fears the case would pose a threat to press freedoms.

Assange was indicted, according to reports, on 17 counts of receiving or publishing military and diplomatic documents he received in 2010 from former Army intelligence analyst Chelsea Manning. Manning was convicted in 2013 and sentenced to 35 years in prison before her sentence was commuted by President Barack Obama.

The Wikileaks founder was arrested in London in April by U.K. authorities after he was evicted from the Ecuadorian embassy. He is currently fighting extradition from the U.K. to the United States, where he had already been charged with conspiring to hack a Pentagon computer in 2010.