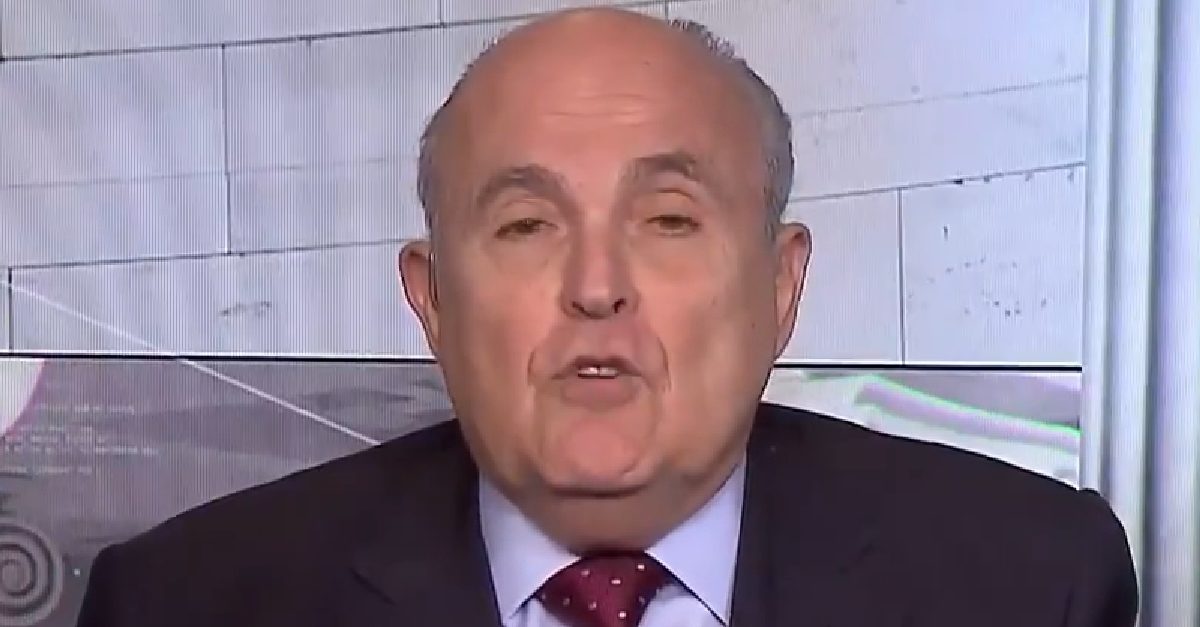 Late Wednesday night, Giuliani decided he needed to explain to witches why they should not be offended by the use of the phrase “witch hunt” to describe the Mueller probe.

This is what he wrote: “According to CNN witches favor Democrats and they are offended that the Meuller investigation is described as a Witch Hunt. There is no reason for the witches to be offended because Witch Hunt derives from, for example, the Salem Witch Hunts where people were executed unjustly.”

According to CNN witches favor Democrats and they are offended that the Meuller investigation is described as a Witch Hunt. There is no reason for the witches to be offended because Witch Hunt derives from,for example,the Salem Witch Hunts where people were executed unjustly.

While Giuliani did not specify the inspiration for his post, over the holidays a very lighthearted segment by Jeanne Moos did air on CNN talking about how witches were unhappy with the use of the term by Trump.

Moos even suggested in the segment that most witches side with liberals.

Yet,  CNN segment aside,  Twitter had some thoughts — a lot of thoughts — about what may have prompted Giuliani’s need to explain via social media that it was okay to say “witch hunt” after all.

One fateful night, no one knows for sure which, all these guys got an incurable degenerative neurological disease from the same Mar-A-Lago carving station. Researchers call it Facebook Brain. They're all living to 95. https://t.co/0boG4jGo0X

Others called it the work of a “very stable genius” and noted what a great time it was to be alive.

whatta time to be alive https://t.co/INIQ5Gm9xz

Others expressed disbelief and suggested Giuliani may be “drunk tweeting” again.

You see, back in those days, rich men would ride around in Zeppelins, dropping coins on people, and one day I seen JD Rockefeller flying by. So I run of the house with a big washtub. I'd just used it that morning to wash my turkey, which in those days was known as a walking-bird. https://t.co/JQnziKlv5s

only Ben Carson knows what this guy’s talking about https://t.co/KpKL38wcOh

Ebony Chaunte, though, may have best summed up the general sentiment on Twitter in response to the bizarre tweet when she wrote simply: “Rudy. Sir. Just Stop.”