‘Don’t Tempt Me’: Hillary Clinton Fires Back at Trump Daring Her to Run With Eyebrow-Raising Tweet 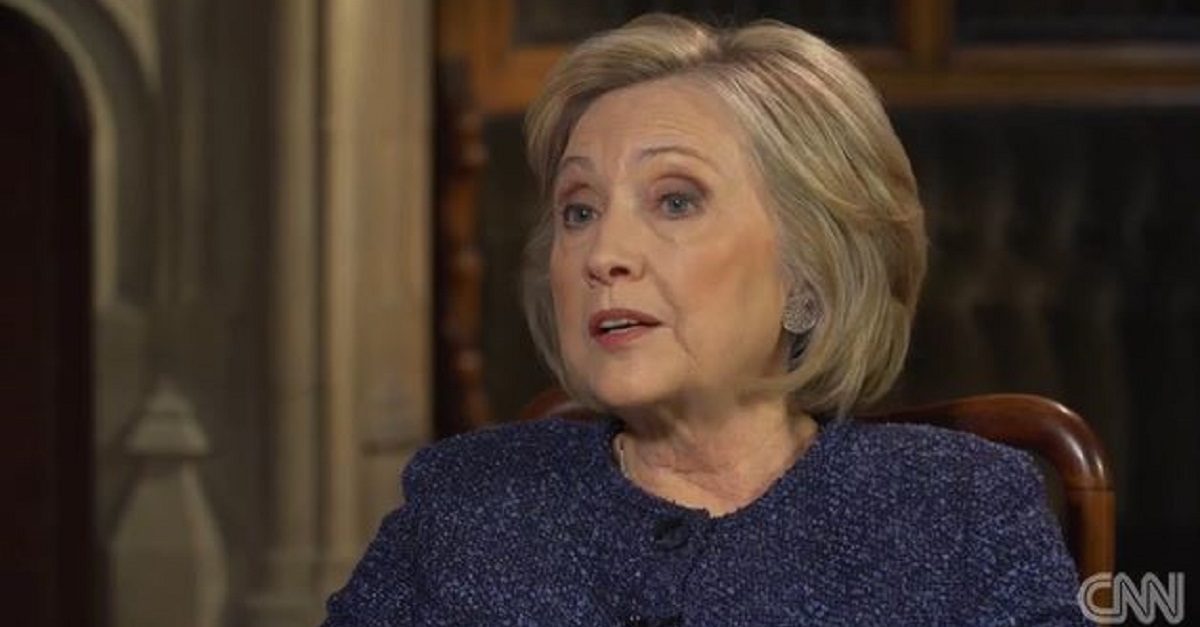 This morning, President Donald Trump mockingly invited Hillary Clinton to run for president again in 2020, remarking, “Only one condition. The Crooked one must explain all of her high crimes and misdemeanors including how & why she deleted 33,000 Emails AFTER getting ‘C’ Subpoena!”

I think that Crooked Hillary Clinton should enter the race to try and steal it away from Uber Left Elizabeth Warren. Only one condition. The Crooked one must explain all of her high crimes and misdemeanors including how & why she deleted 33,000 Emails AFTER getting “C” Subpoena!

Clinton responded in a brief tweet this afternoon remarking, “Don’t tempt me. Do your job.”

Don’t tempt me. Do your job.

Clinton said back in March she’s not running for president. Her likely trolling is still going to set off a great deal of speculation, in addition to the many curious reactions on Twitter this afternoon:

Democrats keep scoffing at the idea that Hillary Clinton will run again.

Donald Trump tweets that Hillary Clinton should run again in 2020.

Clinton recently said she supports impeachment, tweeting that “The president of the United States has betrayed our country” and that he “is a clear and present danger to the things that keep us strong and free.”

New polling in the Democratic race today shows Elizabeth Warren ahead of Joe Biden 29-26, followed by Bernie Sanders at 16. The poll shows all three beating Trump in head-to-head match-ups.