Trump Goes After NATO, Germany Again While at Summit: ‘What Good’ Are They?

Trump Goes After NATO, Germany Again While at Summit: ‘What Good’ Are They? 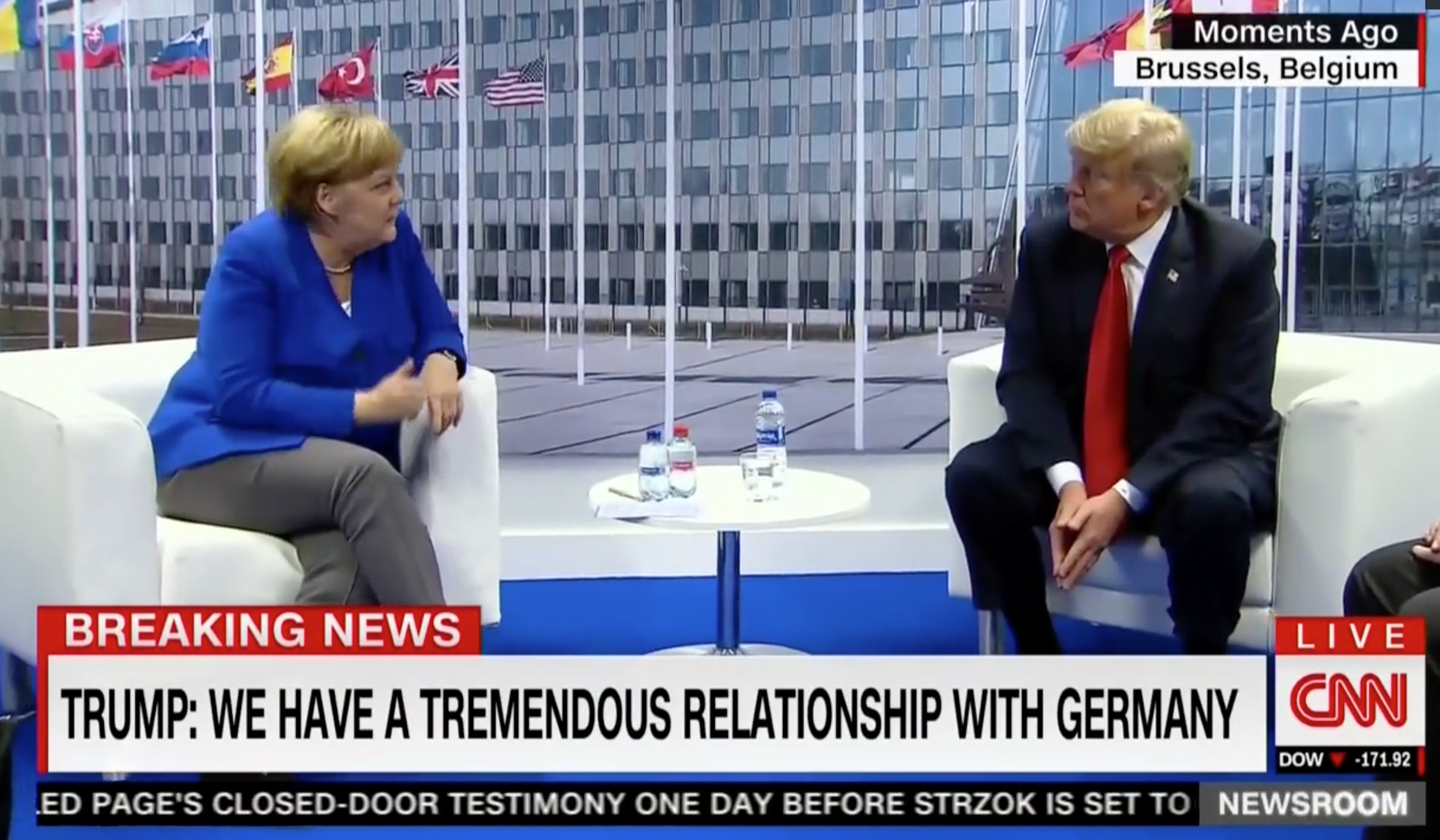 Donald Trump is once again attacking NATO…while at the NATO summit.

What good is NATO if Germany is paying Russia billions of dollars for gas and energy? Why are there only 5 out of 29 countries that have met their commitment? The U.S. is paying for Europe’s protection, then loses billions on Trade. Must pay 2% of GDP IMMEDIATELY, not by 2025.

The president received a lot of attention and criticism today when he started the summit with America’s allies in Brussels by attacking Germany in the middle of a photo-op. While Trump was expected to present his complaints that NATO’s member nations don’t contribute enough and make the U.S. cover the defense bill, he ended up going on a tangent over this international “delinquency,” and he also slammed the Germans over their energy dealings with Russia.

After Trump ranted that “Germany is totally controlled by Russia,” Chancellor Angela Merkel fired back by reminding him that she grew up while the Soviet Union occupied East Germany, so she has a pretty good idea of what it really means to be under Russia’s thumb. When the two world leaders spoke to reporters ahead of a meeting together, Trump tried to dial things back and play nice by touting the “tremendous relationship” their countries share.

That brings us to Trump’s tweet, so all in all, it looks like we’re right back where we started when the day began.