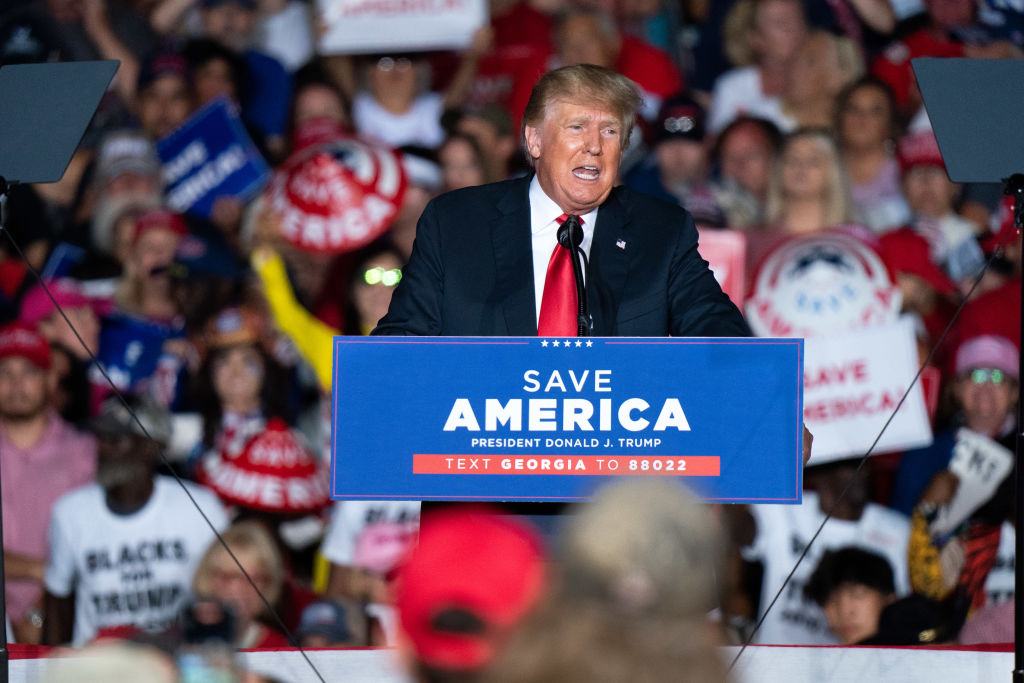 Official message from the erstwhile Trump campaign to supporters:

Thus, on this dumbest of timelines, a meme was born.

The link provided by the Trump campaign leads to a page where for $45 or more, Trump supporters can buy t-shirts with President Biden’s face, along with the phrase “Let’s go Brandon,” which has become a euphemism among some on the right for “Fuck Joe Biden.”

Trump has yet to say whether he plans to run for president again.