Trump: 'Squad is a Very Racist Group of Troublemakers'

Trump Keeps the Fight Alive: ‘The Squad is a Very Racist Group of Troublemakers’ 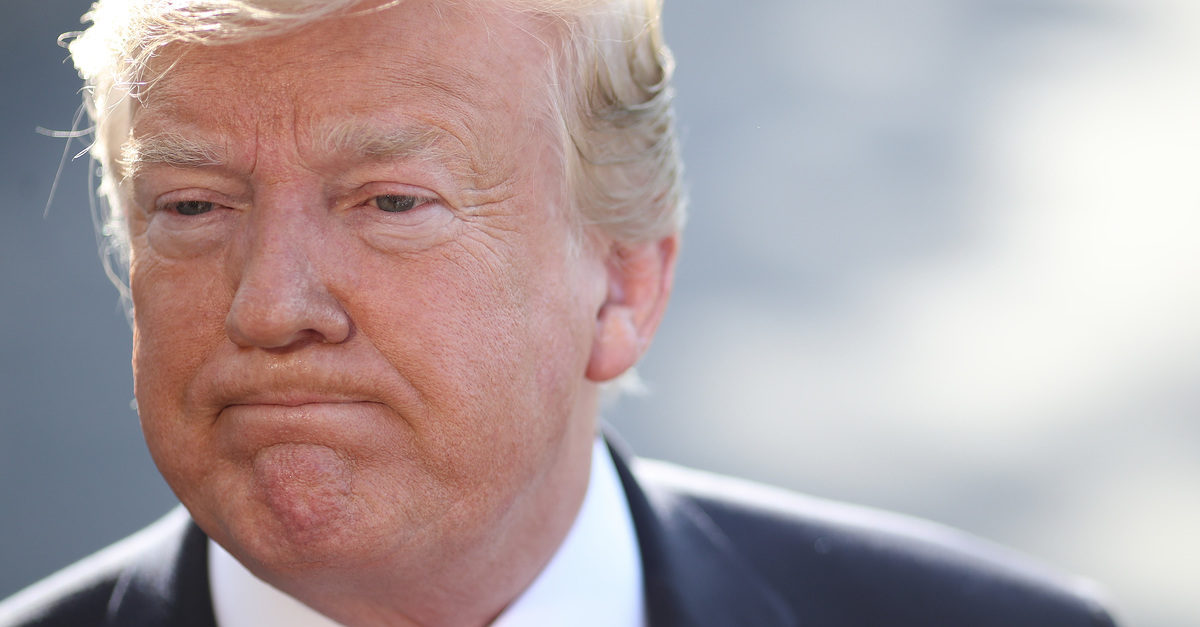 Less there was any question of the political value that President Donald Trump and his allies see in the ongoing rhetorical battle with “The Squad” the president tweeted out a new attack on the “very Racist group of troublemakers,” Monday morning, just as the news cycle focused on the ongoing battle was starting to abate.

There has long been an ideological battle between the White House (and base of supporters) and the self-named “squad” of recently elected Democratic Congresswoman, which includes Rep. Alexandria Ocasio-Cortez, Rep. Ayanna Pressley, Rep. Rashida Tlaib and Rep. Ilhan Omar.

Eight days ago, Trump tweeted a series of missives that strongly condemned what he deemed anti-American sentiment expressed by these four, who have been vocally critical of Trump administration policies, such as family separation at the border, to name just one.

Last week’s news cycle was filled with “Trump vs. Squad” coverage and only ratcheted up when a “send her back” chant rang out at a Wednesday political rally hosted by Trump. Trump back off from that chant after reported surrogates and allies reportedly complained to him, but then returned to his focus of their alleged “anti-American comments.

Worth noting that Trump campaigned on a “Make America Great Again” slogan, which, at its root, claims that America is no longer great. Nonetheless, it is clear that Trump feels that his battle with these four freshman Congressman is a political win, which is why he appears to want to keep the fight alive, with the following tweet:

The “Squad” is a very Racist group of troublemakers who are young, inexperienced, and not very smart. They are pulling the once great Democrat Party far left, and were against humanitarian aid at the Border…And are now against ICE and Homeland Security. So bad for our Country!

Trump’s original tweetstorm and the “send her back” have been vilified by many in the media (and on both sides of the political spectrum) as both racist and xenophobic. So his allegation that these four elected officials are “Racist,” without any examples provided, should raise significant questions amongst the media commentariat.