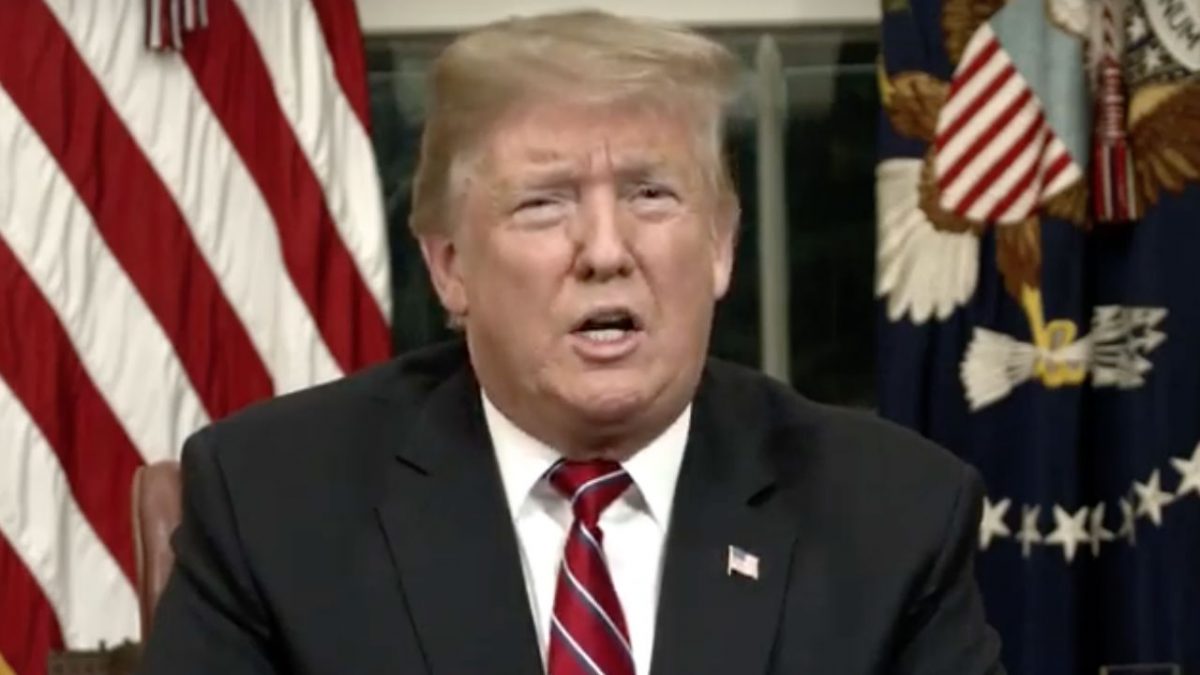 President Donald Trump weighed in on the controversy surrounding Ralph Northam on Saturday.

“Democrat Governor Ralph Northam of Virginia just stated, ‘I believe that I am not either of the people in that photo.’ This was 24 hours after apologizing for appearing in the picture,” Trump wrote.

He then added the statement was after Northam made “the most horrible statement on ‘super’ late term abortion.”

Democrat Governor Ralph Northam of Virginia just stated, “I believe that I am not either of the people in that photo.” This was 24 hours after apologizing for appearing in the picture and after making the most horrible statement on “super” late term abortion. Unforgivable!

Trump further followed it up with a second tweet insisting if the photo was found before the election, the Republican would have won the race.

Ed Gillespie, who ran for Governor of the Great State of Virginia against Ralph Northam, must now be thinking Malpractice and Dereliction of Duty with regard to his Opposition Research Staff. If they find that terrible picture before the election, he wins by 20 points!

Trump’s tweet piles on a disastrous news cycle for Northam.

Earlier this week, Northam sparked controversy, as Trump noted, with his remarks on late-term abortion.

Then, a photo of a person in blackface standing next to someone in a Klan robe from Northam’s medical school yearbook page was unearthed.

Northam first apologized but then said on Saturday it was not him in the disturbing photo.

As AP summed it up:

In a tumultuous 24 hours, Gov. Ralph Northam on Friday apologized for appearing in a photograph that featured what appeared to be a man in blackface and a second person cloaked in Klu Klux Klan garb. In a video posted on Twitter, he said he could not “undo the harm my behavior caused then and today.”

But by Saturday, he reversed course and said the racist photo on his yearbook profile page did not feature him after all. The governor said he had not seen the photo before Friday, since he had not purchased the commemorative book or been involved in its preparation more than three decades ago.

Donald Trump Jr. and Sean Spicer have also weighed in on the Northam controversy.

I did do it once before, but that’s not me in the picture. ? #Bullshit https://t.co/mNStHIYWhT

The comments of @GovernorVA @RalphNortham justifying the murder of newborns as well as the racist photos in his yearbook are both very serious issues. It’s truly sad the media used an opportunity to question him on both issues by asking if he could still moon dance https://t.co/cu7ZXGWa5z