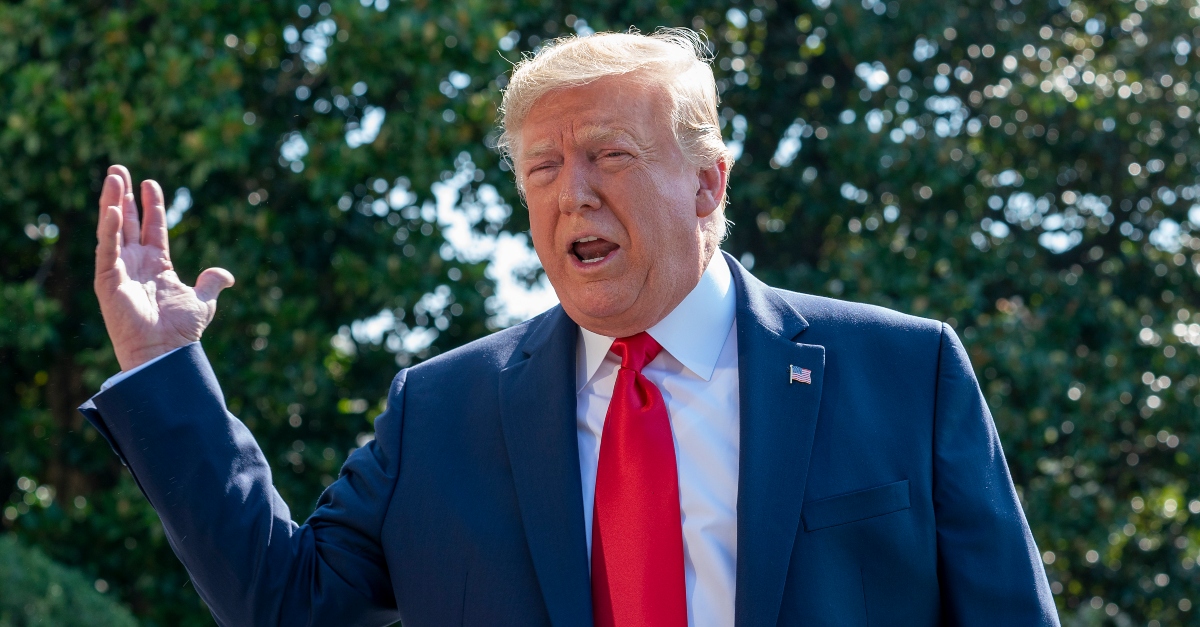 President Donald Trump accused the “LameStream Media” of being the “dominant force” in trying to keep the country “closed as long as possible” to hurt his reelection chances.

The president tweeted this out on a day when governors across the country have announced and reaffirmed crackdowns to keep social distancing guidelines in place to stop the spread, even warning about reversing too soon:

We must take bold action to save the lives of Minnesotans. As a former Command Sergeant Major in the Army National Guard, I believe in having a plan – which is why I’m directing Minnesotans to stay at home and limit their movements to essential services. #StayHomeMN pic.twitter.com/W2TAejwnBs

This disease can impact anyone. Stay home. Practice social and physical distancing. Take this seriously.

This is not binary.

We can advance a public health strategy that is also an intelligent economic strategy.

But the first order of business? Save lives.

We hope everyone is back in business shortly, but we don’t think this will peak until May 1. The only way we slow it down is with physical/social distancing.

President Trump has talked about Easter as a potential target date, though hours later on Fox News Dr. Anthony Fauci called it an “aspirational goal” the president has and said POTUS is “flexible enough to say, ‘Okay, let’s look at it on a day-by-day basis.'”

The president hitting the “LameStream Media” again got plenty of social media pushback:

Just complete and utter nonsense. We’re reporting on what top health officials IN THE TRUMP ADMINISTRATION are saying so as to responsibly deal with the pandemic and save lives. https://t.co/Lzl9E3mvMD

I don’t know anyone who is cheering for this. Journalists, like everyone else, are concerned about the health and survival of our friends and family and fellow Americans. https://t.co/rXahuRpo3J

Almost every country is implementing lockdowns and every medical expert is screaming that you can not relax restrictions now.

That’s not the “LameStream Media” saying this – it’s the leaders and experts who actually understand what happens if we get this wrong. https://t.co/yaGdYxwrBF

I guess we’re back to this conspiracy theory, pretending the media is overhyping the seriousness of the coronavirus to hurt the economy and hinder Trump’s chances at re-election.

This was the nonsense right-wing media spread prior to Trump declaring a national emergency. https://t.co/QK1P4SAj9T

Trump yesterday, reading: “Our decision will be based on hard facts and data as to the opening”

Trump now, tweeting: The nefarious media is trying to get me to not open things even though “the real people” want it pic.twitter.com/UVI12bQCOx

Dr. Fauci and “public health experts have told administration officials and Republican lawmakers that prematurely scaling back social-distancing measures would hamper efforts to mitigate the virus and would devastate hospitals.” https://t.co/cSTvTkDq57https://t.co/Sor6E2PqML

You are not a scientist. You are not a doctor. Take a cue from FDR, a true wartime President, who trusted the advice of his staff based on their various fields of expertise, and made his decisions accordingly. That is how he won the war, and earned his place in history. https://t.co/Csfr9MYFk8

No one gives a flying fuck about the election right now. We genuinely don’t want people to die.

We can always put an economy back together (and have many times).

Call me when you can raise the dead.

This is American leadership in a crisis that has led to the largest quarantine in world history. https://t.co/dPf4vCgfGd

Medical experts are the dominant force in trying to keep people home until this crisis has passed. As usual: It’s not about you. https://t.co/7YewPslu7m

It’s not us in the media concerned w the president’s re-election in this moment. The campaign’s already suspended.

It’s also not us w the mixed messaging — underplaying the relevance of #coronavirus, then taking it seriously, then changing tone bc of potential economic impact https://t.co/AsehNzebph