WATCH: Trump and O’Reilly Reveal They Received Vaccine Boosters — And Get Booed By Audience 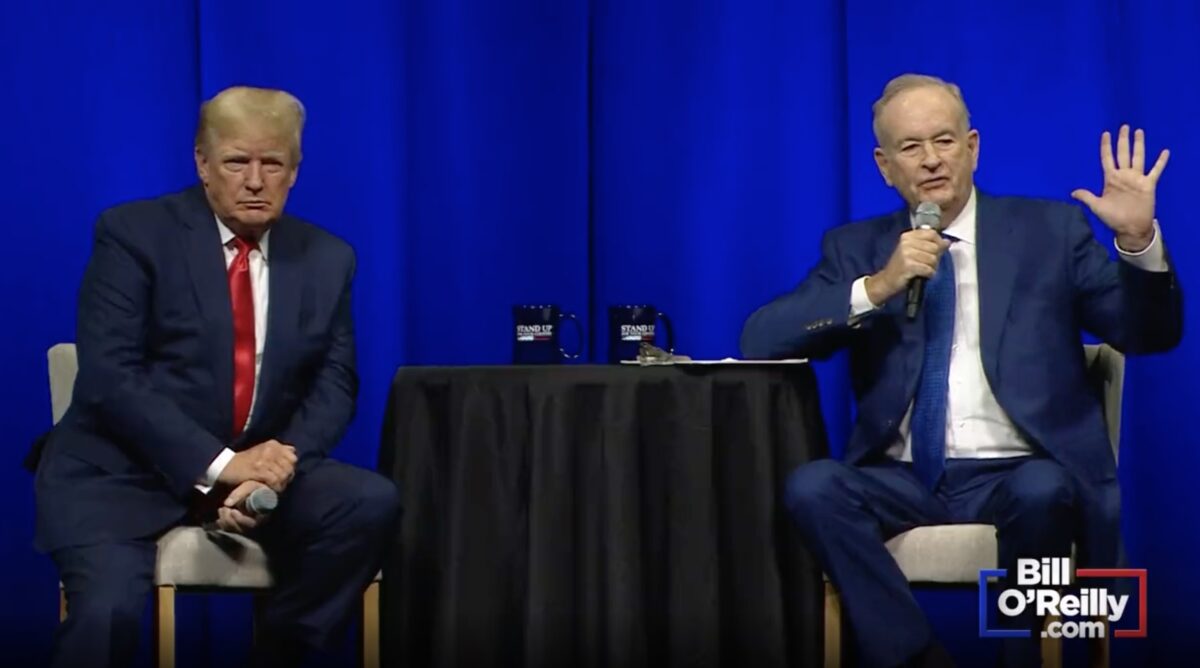 Former President Donald Trump and his old friend Bill O’Reilly revealed to an audience before them that they were both triple-vaccinated, which was received by a smattering of boos. Or at least the reaction of the crowd was enough to get both Trump and O’Reilly to react, in a laughing matter.

The 45th president and former Fox News prime time star spent the past two weeks engaged in something called the “History Tour” — a series of conversations in arenas across the nation. Last night during the tour’s final show in Dallas, both revealed that they had received the vaccine booster shot, a clip of which was shared by O’Reilly’s “No Spin News” Twitter account:

NEW: During their show in Dallas, President Trump reveals to @BillOReilly he got the vaccine booster shot. pic.twitter.com/fhkOQEeeEQ

“Don’t!” Trump said when the revelation was met with boos. “It’s a very tiny group of them.”

Moments before, Trump made a strong appeal to the crowd to support vaccination efforts.

“We did something that was historic. We saved tens of millions of lives worldwide — we together, all of us,” Trump said. “We got a vaccine done in less than nine months. It was supposed to take from five to 12 years. Because of that vaccine, millions and millions of people — I think this would have been like the Spanish flu of 1917 where up to 100 million people died. This was going to ravage the country far beyond what it is right now.”

'You’re playing right into their hands' when you doubt the vaccine, President Trump says. pic.twitter.com/xJc7JTL0cR

Bill O’Reilly should be lauded for his asking a question that many in conservative media circles cower from for fear of offending or even losing, an audience that is virulently against the anti-virus inoculation. And kudos to the former president for not pussy-footing around in answering, and receiving the smattering of boos with some grace and laughter.

That said … who boos someone getting vaccinated? What the hell is wrong with these people?

Watch above via BillOReilly.com.