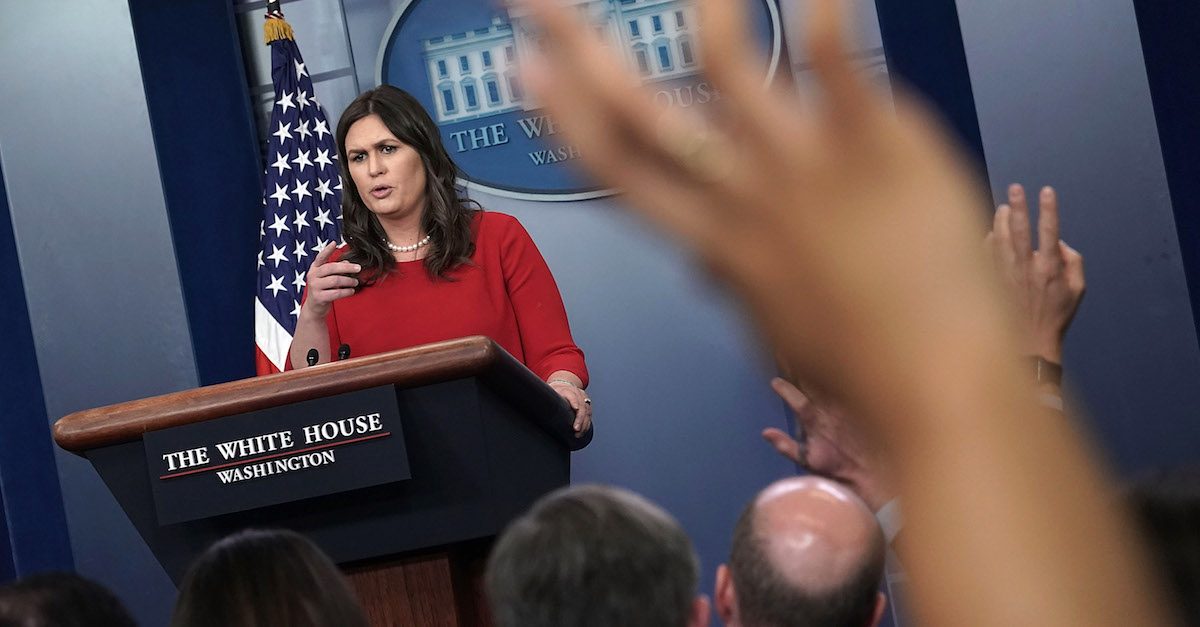 HuffPost reports that Politico’s Anita Kumar and DailyMail’s Francesca Chambers have invited reporters and Donald Trump staffers to come to “farewell drinks” for Sanders at a swanky D.C. restaurant on June 24.

Kumar, who sent the email announcing the event, described the drinks to HuffPost as a “casual gathering for reporters who have engaged with Sarah, many of whom have done so for years.”

Kumar is a board member of the White House Correspondents’ Association and Chambers is the group’s treasurer. WHCA President Olivier Knox told HuffPost his group is not involved in the event.

The sendoff is in spite of the fact that Sanders admitted to Special Counsel Robert Mueller she gave baseless information to reporters. Sanders has also not held a public press briefing in 101 days.

Speaking about the lack of briefings and the often hostile relationship between the Trump administration and the media-at-large, Kumar told HuffPost, “I generally believe that part of the remedy to those challenges is to engage in conversation rather than to avoid it.”