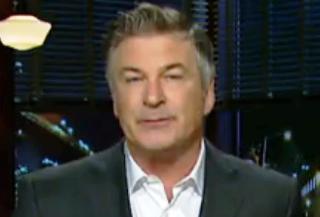 On Tuesday, MSNBC officially cancelled Alec Baldwin’s interview program after the host used anti-gay slurs to insult a photographer on the streets of New York City. Speaking exclusively with The Gothamist on Tuesday, Baldwin went off on the “fundamentalist wing of gay advocacy,” including a number of prominent media personalities, who lobbied for his firing behind the scenes and successfully got him fired.

“Martin Bashir‘s on the air, and he made his comment on the air!” Baldwin told The Gothamist.

“But you’ve got the fundamentalist wing of gay advocacy — [Vice President of Communications for GLAAD] Rich Ferraro and Andrew Sullivan — they’re out there, they’ve got you,” he added. “Rich Ferraro, this is probably one of his greatest triumphs.”

“They killed my show,” the host concluded, sounding a note of penitence. “And I have to take some responsibility for that myself.”

UPDATE: Ferraro has responded Baldwin’s comments in The Gothamist.

I consider GLAAD’s campaigns to end the Boy Scout of America’s ban on gay scouts, raise national visibility of the violence and inequality facing transgender people, and battling for marriage equality to be among my ‘greatest triumphs.’ But if a teacher, coach, local radio show host, or parent realizes that anti-LGBT slurs are outdated and unacceptable because of this Baldwin issue, I guess we’ll call it a win. Alec Baldwin’s team has not been open to turning this incident into an opportunity for public education and that’s unfortunate.