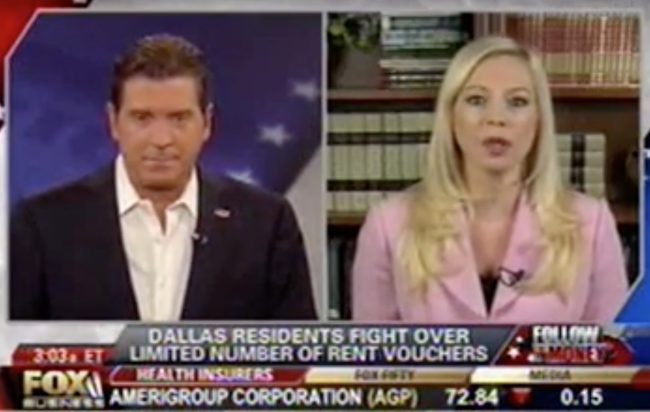 Caroline Heldman, an Occidental College associate professor and former Fox News contributor, penned an extensive account on Facebook about how Eric Bolling allegedly harassed her and other women who appeared on the network.

Bolling is currently suspended from Fox as investigators look into the claims that he sent vulgar photos to his female colleagues in the past. Heldman is claiming that not only are the accusations true, but Bolling’s conduct has been inappropriate for the last few years.

Heldman said that on multiple occasions, Bolling would call her “Dr. McHottie” or comment on air about how she was “smart, beautiful, and wrong.” Heldman said she tried to let “Mr. McSexist” know this wasn’t okay with her, but it continued to happen, and Fox executives thought it was all “perfectly acceptable” behavior.

“Bolling would also contact me via phone and text after shows, sometimes to apologize for his behavior (and then do it again), and sometimes just to talk. He said he wanted to fly me out to New York for in-studio hits and to have “fun.” He asked me to have meals with him on several occasions, but I found excuses not to go. Once, he took me up to his office in New York, showed me his baseball jerseys, and in the brief time I was there, let me know that his office was his favorite place to have sex. I know other women have had similar experiences with Bolling, which means that lots of folks at Fox knew about his behavior well before 2017.”

A Fox News spokesperson tells Mediaite “We are investigating this matter and all claims will be taken into account.”

Watch a clip featuring Bolling and Heldman from Fox Business below: