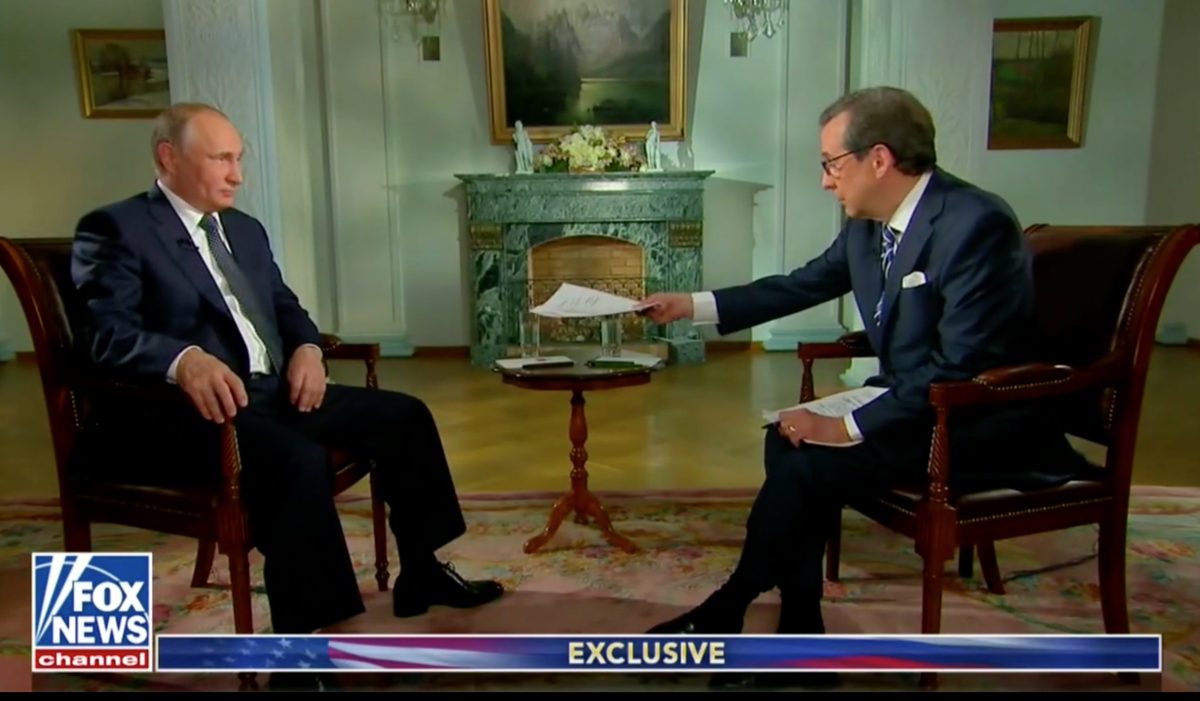 Chris Wallace‘s widely praised interview with Putin (the indictment standoff — what theatrics!) scored blockbuster ratings for the 6 p.m. hour of Fox News, nabbing 3.1 million total viewers and and 542,000 in the coveted 25-54 demo.

MSNBC’s Rachel Maddow also posted impressive numbers, with 3.5 million in total viewers and 765,000 in the demo.